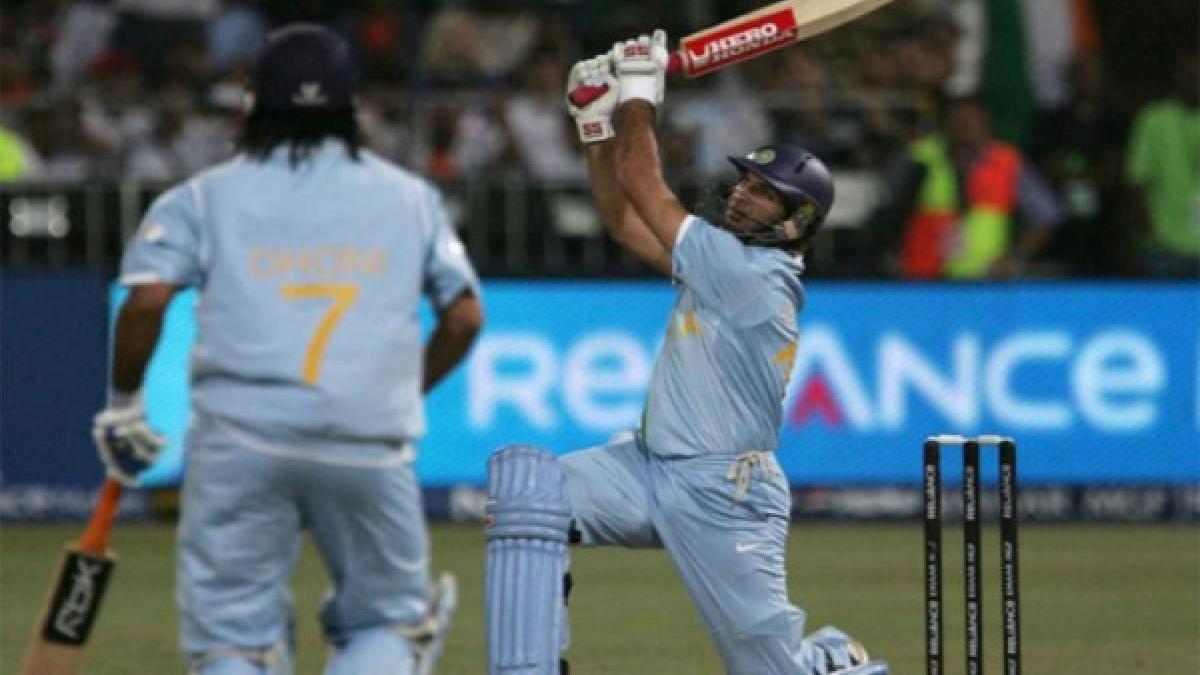 September 19 is a very special day in the history of Indian cricket. 15 years ago, on this day i.e. on 19th September 2007, Yuvraj Singh created history on the ground of Durban. In the first T20 World Cup played in South Africa, Yuvraj hit 6 sixes in all 6 balls of an over of Stuart Broad of England. He then became the second batsman in international cricket to hit six sixes in an over after the African stalwart Herschelle Gibbs.

6 sixes in the 19th over of the innings

In that 21st match of the T20 World Cup, the 18th over of India’s innings was going on, Andrew Flintoff was bowling and he had heard with Yuvraj. Actually, Flintoff had made lewd gestures towards Yuvraj, but Broad had to bear the brunt of it. In the 19th over, Yuvraj took all the deliveries of Broad across the boundary line. Captain Mahendra Singh Dhoni, standing at the other end of the crease, just kept looking at Yuvi.

Yuvraj Singh said on that dispute with Flintoff, ‘I remember that I hit Andrew Flintoff for two fours and obviously he would not have liked it. Flintoff told me, ‘Come here, I’ll break your neck.’ Yuvraj told that that fight was very serious. I felt that I should reach every ball for a six.

Yuvraj completed his fifty in just 12 balls, which is still a record in all formats of international cricket. Yuvi scored 58 runs in a total of 16 balls, during which he hit 7 sixes and 3 fours. On the basis of Yuvi’s innings, India scored 218/4 runs in that match and defeated England by 18 runs. In the final, India won the title by defeating Pakistan.

After Yuvraj’s retirement from international cricket, Stuart Broad said in an interview, ‘Yuvi made me a bowler by hitting 6 sixes. I was 21 when he hit me for 6 sixes. I didn’t have the experience of bowling in the death overs at that time. Yuvraj was hitting the ball very well in that match. On that day no delivery of slow yorker was supporting me.