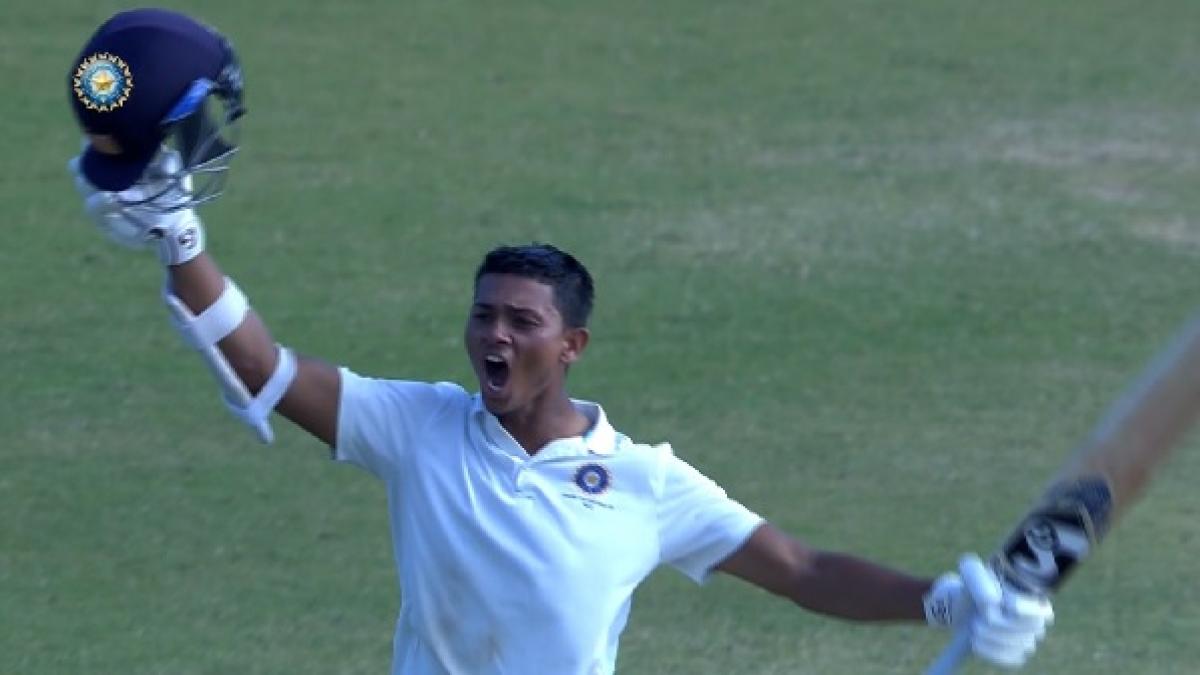 Young batsman Yashasvi Jaiswal continues to do well in domestic cricket. Yashasvi has scored a double century while batting amazingly against South Zone in the final match of Duleep Trophy being played in Coimbatore. Yashasvi completed his double century in just 235 balls, which included 23 fours and three sixes.

Thanks to this brilliant innings from Yashasvi Jaiswal, West Zone scored 276 runs for the loss of three wickets in their second innings at the end of the third day’s play. Yashasvi Jaiswal 209 and Sarfaraz Khan were unbeaten on 30 at stumps.

Yashasvi Jaiswal, 20, has presented his strong claim to make a place in Team India with this performance. Prior to this match, Jaiswal had scored 749 runs in 6 first-class matches at an average of 74.90, which included 4 centuries and 1 half-century. Now he has scored his fifth century in just the seventh first class match of his career. In the last season of Ranji Trophy, Yashasvi scored a century in three consecutive innings.

Rajasthan’s part in IPL is successful

Yashasvi Jaiswal also participated in the 15th season of the Indian Premier League (IPL). However, his performance was nothing special and he scored 258 runs in 10 matches for Rajasthan Royals (RR), which included two half-centuries. Yashasvi was also dropped from the playing XI in some matches, but later he managed to play good innings. Rajasthan Royals also managed to reach the final of IPL 2022, where they were defeated by Gujarat Titans.

South Zone got a lead of 57 runs

Talking about the match, after winning the toss and batting first, West Zone scored 270 runs in their first innings. Het Patel managed to score the highest 98 runs for West Zone. On the other hand, Jaydev Unadkat scored 47 and Shreyas Iyer scored 37 runs. Sai Kishore took the highest five-wicket haul for South Zone. In reply, South Zone had scored 327 runs in their first innings, due to which they took a lead of 57 runs. Baba Inderjit played an innings of 118 facing 125 balls for South Zone.