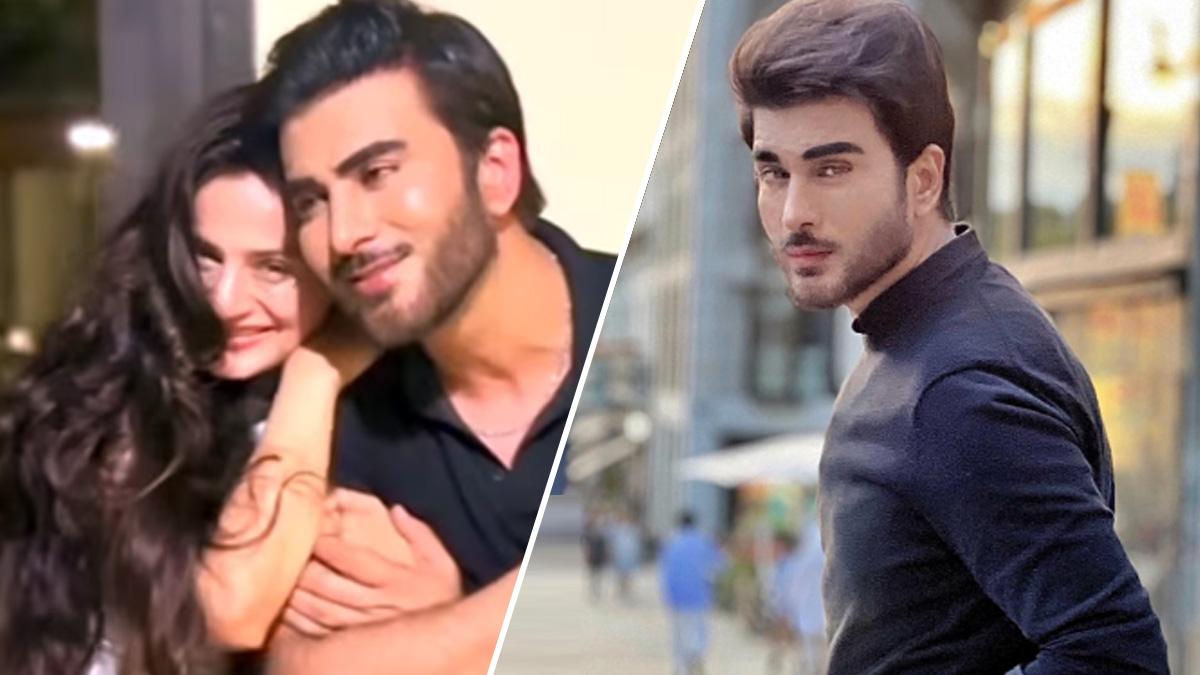 Who is Imran Abbas, whose name is associated with Ameesha Patel? There was a rumor to have four marriages

Be it Bollywood industry or Pakistani cinema actors, film stars, for some reason, someone lives in controversy. And this time the stars of Pakistan and Bollywood industry have come together in the headlines. There are reports that actress Ameesha Patel is dating Pakistani actor Imran Abbas. A reel of both is becoming very viral on social media, after which the fans have started speculating. However, neither of them has issued any statement yet.

Imran lives in discussion
Pakistani actor Imran Abbas is often in the news. Last year, there was so much controversy around them that don’t ask. The matter had come till they got married four times. However, later the actor clarified the fans through a social media post. At the same time, he had said that in this way adding a name to his co-actress and then coming up with the matter of marriage, he finds it very sad.

Imran’s post went viral
Imran Abbas wrote that Alijeh Shah, Saboor, Ushna and now Urva. You guys are getting me this fourth marriage done from January 2021. Man, these vloggers have no other work, do they? Or they think that I have no other work. Imran further wrote in his post that can we take any action against these vloggers who are engaged in spreading this fake news? It feels very bad to hear when the name of a female co-star is added like this. I would like to request all of you to stop subscribing to these YouTube channels who are spreading fake news. Also unsubscribe from social media pages and vloggers. Let these people take their own medicines.

After Imran, his co-star Ushna had also expressed displeasure over this while re-posting. He wrote that sometimes we laugh, but sometimes it is not funny. These are the click bet headlines, which are circulating in the WhatsApp group, our family members also question these things. For us, facing it sometimes makes us feel bad. Can’t you guys stop here?

Not only this, Imran Abbas made his Bollywood debut in the year 2014 with Vikram Bhatt’s horror-thriller film ‘Creature 3D’. In this, Imran Abbas was seen in the lead role with actress Bipasha Basu. After this he was seen in ‘Jaanisaar’. In the year 2016, he did a cameo role in Karan Johar’s film ‘Ae Dil Hai Mushkil’. After this Imran Abbas appeared in Pakistani films. Nowadays Imran Abbas’s show ‘Tumhare Husn Ke Naam’ has come in a lot of discussion. His pair with Saba Qamar is seen in this. Saba was seen sharing the screen with Irrfan Khan in the film ‘Hindi Medium’.

Leagues Cup: Where and at what time to watch the games of América and Chivas?