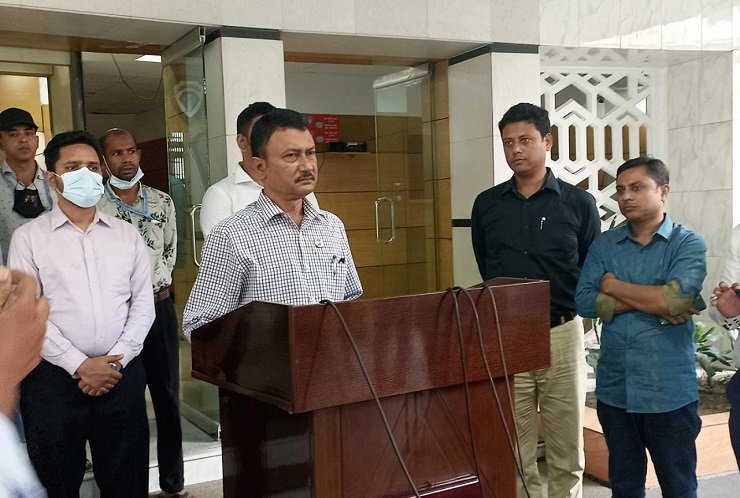 Whether Shakib will be Goodwill Ambassador not decided yet: ACC Secretary

The Anti-Corruption Commission (ACC) is not taking any decision on whether the world’s best all-rounder Shakib Al Hasan will be their goodwill ambassador.

In response to a question during the briefing on the irregularity of the aircraft leased from Egypt on Tuesday afternoon, ACC Secretary Md. Mahbub Hossain told reporters.

ACC signed an agreement with Bangladesh Test and T20 cricket team captain Shakib Al Hasan as a band ambassador in 2028. After that, Shakib made a documentary on launching the ACC complaint hotline 106 free of charge.

The journalist’s question to the commission secretary was how long is the contract with Shakib Al Hasan, when will it end? In response, Mahbub Hossain said, ‘Let the complaints come, we will see. Wait for you too. When a complaint comes, nothing happens immediately. Give me some time.’

The Commission Secretary said about the allegations of corruption in the purchase of Biman Bangladesh Airlines aircraft from Egypt Airlines, ‘Seven officials have been questioned so far. Other officers may be interrogated for the purpose of investigation.’

Incidentally, Biman Bangladesh Airlines brought two Boeing aircraft from Egypt Air on lease basis for five years in 2014. It was later investigated by the Parliamentary Standing Committee on Ministry of Civil Aviation and Tourism. They found that the aircraft was not of proper quality, the engine was broken. All in all, the country has suffered a loss of Tk 1,100 crore.

Earlier, three more Biman officials were interrogated by the ACC, they are Biman’s Chief Engineer Maintenance SM Siddique, Principal Engineer SM Hanif and Principal Engineer Debesh Chowdhury. Besides, Ishrat Ahmed, flight operations director and team leader of the inspection team, did not appear at the call of the ACC.

Both aircraft suffered engine failure at the end of the first year. The engines are about 12-15 years old and due to their short airworthiness period, the engines are completely broken down. Another engine was leased from Egypt Air to keep the aircraft operational.

After a year and a half, the rest of the engine was destroyed. In five years, the country has lost 11 billion rupees. Which has come up in the investigation of the standing committee on the Ministry of Civil Aviation and Tourism of the 11th Parliament. ACC decided to investigate in the light of the report sent by the standing committee.

An investigation is underway to see if there are any weaknesses in the lease agreement and tender specifications.

A new letter of inquiry has been sent – seeking a lease agreement with Egypt Air; Aircraft Leasing Planning and Appraisal Reports; Financial expenditure statement including engine breakdown and maintenance report.

If necessary, other officials involved may also be interrogated periodically.

Earthquake: This is the step by step to receive Google alerts on your Android smartphone