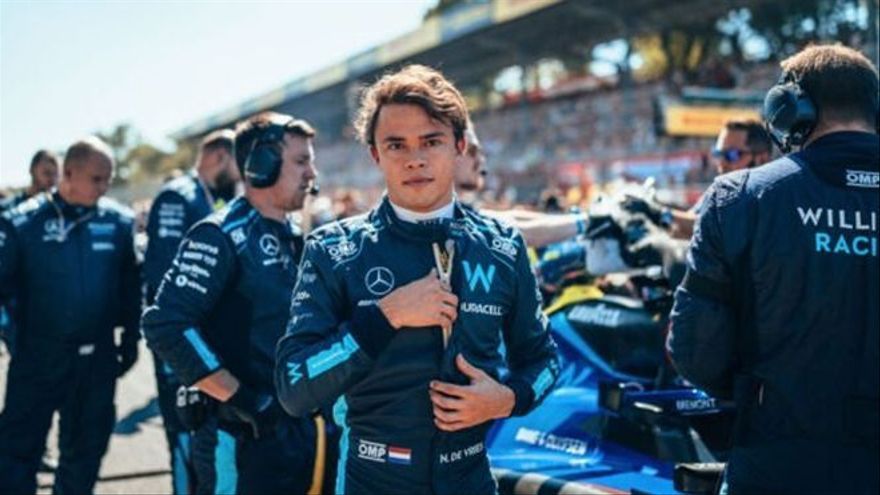 On Thursday Alpha Tauri made effective the renewal of yuki tsunoda for 2023. And this Friday Williams has announced the departure of Nicholas Latifi at the end of this season. Two market movements that leave five midfielders free for next season. We review the different options to fill these vacant places in the teams that have not yet defined their line-up:

Alpine: Esteban Ocon has a contract until 2014 but Fernando Alonso goes to Aston Martin and reserve Oscar Piastri goes to McLaren. The French team has organized a casting at the Hungaroring Magyar circuit to evaluate different drivers, although the candidate who sounds the strongest is Frenchman Pierre Gasly, who would arrive on loan from Red Bull. Alpine also thinks of Antonio Giovinazzi, Nyck de Vries and Jack Doohan.AlphaTauri: Confirmed Tsunoda, remains to be known Whether Gasly, on contract until the end of 2023, will stay with the team or go to Alpine. Helmut Marko has met with Nyck De Vries after the FIA ​​made them desist from signing the American Colton Herta, from IndyCar and without a super license in F1.

Alfa Romeo: Valtteri Bottas signed a multi-year contract, but Guanyu Zhou’s ends at the end of this season. F2 talent Théo Pourchaire could take his seat if the Chinese doesn’t renew.

Williams: After making Latifi’s departure official, they are mainly focused on his tester De Vries and more after the Dutchman, Formula E champion in 2021 and F2 in 2019, dazzled in his debut with the team replacing the starter Alex Albon, who had to undergo emergency surgery for appendicitis during the Italian GP. In his debut, De Vries embarrassed Latifi, since he qualified for Q2 while the Canadian fell in Q1 and finished ninth in the race, adding two points, while Latifi’s score remains zero. F2 driver Logan Sargeant would be ‘Plan B’ if De Vries fails.

Hass: Mike Schumacher It is very difficult for him to renew for Haas and continue in F1 after two discreet seasons. Daniel Ricciardo, Nico Hülkenberg and Giovinazzi could take their place to form a tandem with Magnussen next year.