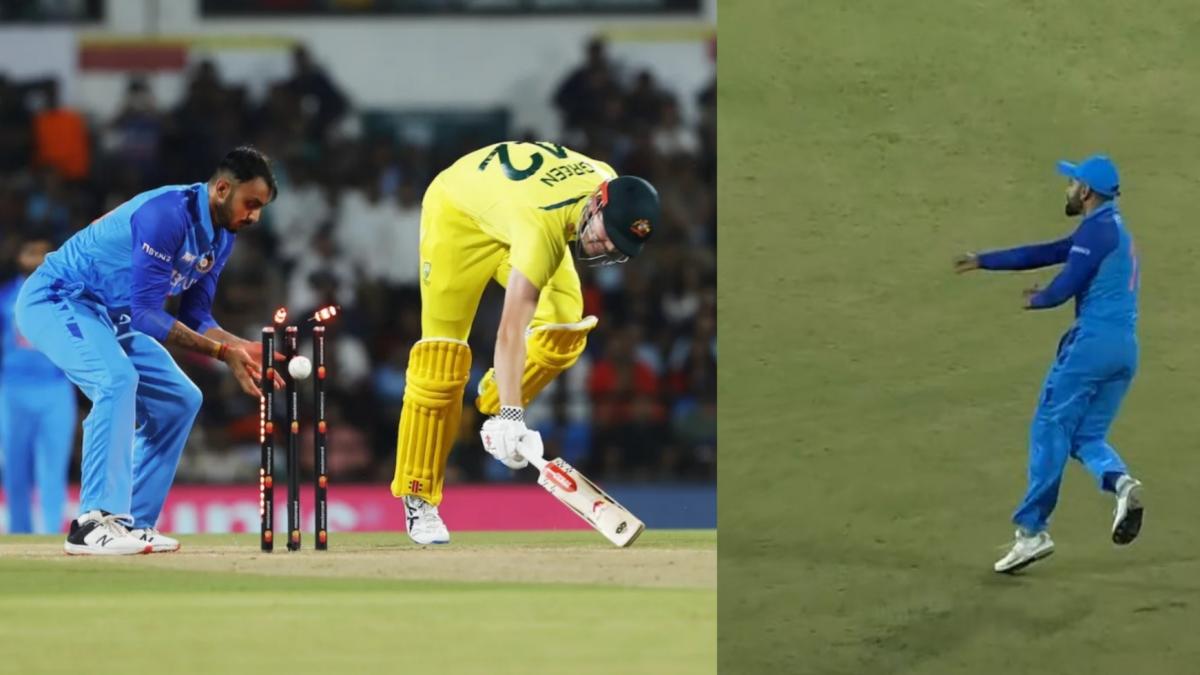 The second T20 match is being played between India and Australia in Nagpur. Due to rain, this match has been reduced to 8-8 overs. India won the toss and elected to bowl in this match and gave a shock to Australia in the very beginning.

In the second over of Australia’s innings, when Axar Patel came to bowl for India, Virat Kohli was run out on the third ball while doing amazing fielding. This happened when Virat Kohli missed the catch on the very first ball.

Virat Kohli’s brilliant throw took Australia’s Cameron Green to the score of just 5 runs. During this, Virat Kohli was standing at mid-on, the ball went in his hand and he threw the ball towards the bowling end at the speed of rocket. Akshar Patel immediately hit the ball as soon as he caught it.

First strike for #TeamIndiacourtesy the tag-team work between @imVkohli , @akshar2026,

Don’t miss the LIVE coverage of the #INDvAUS match on @StarSportsIndia pic.twitter.com/j1h5bS1IVa

Kohli was caught on the boundary

Cameron Green played a big hit on the very first ball of Axar Patel’s over, which went straight to the boundary. Virat Kohli was fielding at long on, the ball was far away but he ran to reach it and in the last the catch was missed and went for a four.

However, due to the wet ground, this also happened because no player would want to dive that would hurt him because there is a World Cup ahead. However, the loss of the catch was not much as Cameron Green was out after two balls.

India got two wickets in the very first over of Axar Patel. Glenn Maxwell came to the crease after Cameron Green’s runout, in the last over of the over, Axar clean bowled him and shocked Australia.

London announces a massive tax cut to stimulate the economy