Virat Kohli and MS Dhoni: ‘He is everywhere…’, Virat Kohli did a heart touching post about MS Dhoni

The bonding between Indian team’s star batsman Virat Kohli and former captain MS Dhoni is well known. Virat Kohli made his debut under the captaincy of MS Dhoni, after which he did not look back. Kohli shows his affection for Dhoni from time to time on the field or through social media. Kohli has got rest for the tour of New Zealand and he is currently spending his holidays. 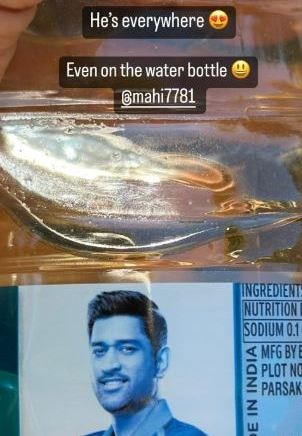 Virat Kohli had given a big statement about Dhoni a few months ago. Virat Kohli said in the press conference after the match against Pakistan in the Asia Cup, ‘One thing I would like to tell you that when I left the Test captaincy, I got a message from only one person and that was Mahendra Singh Dhoni. Many people have my numbers and many people give opinion on TV. But none of the people who have my number messaged me.

Dhoni had said this to Kohli

Kohli had also revealed in an RCB podcast what Dhoni messaged him and how it affected him personally. Kohli had said, ‘The only person who has really reached out to me is MS Dhoni. It is a matter of fortune for me that such a strong bonding and such a strong relationship is with him. It is a friendship which is based on a lot of mutual respect.

Kohli had further said, ‘Dhoni told me in his message that when you are expected to be strong, then people forget to ask how are you. I have always looked up to someone who is very confident, mentally strong and can come out of any situation. This message of his shook me from inside.

Virat Kohli was the highest run-scorer in the recent T20 World Cup held in Australia. In six matches of the T20 World Cup 2022, Kohli scored 296 runs at an average of 98.66 and a strike-rate of 136.40, including four half-centuries. His top score was 82 not out against Pakistan at the MCG.

Dhoni will be seen in the next season of IPL

Talking about MS Dhoni, he took retirement from International Cricket on 15 August 2020. Dhoni was last seen in cricketing action during the Indian Premier League (IPL) 2022. Dhoni will once again be seen captaining CSK in IPL 2023. IPL 2023 may prove to be the last season for Dhoni.