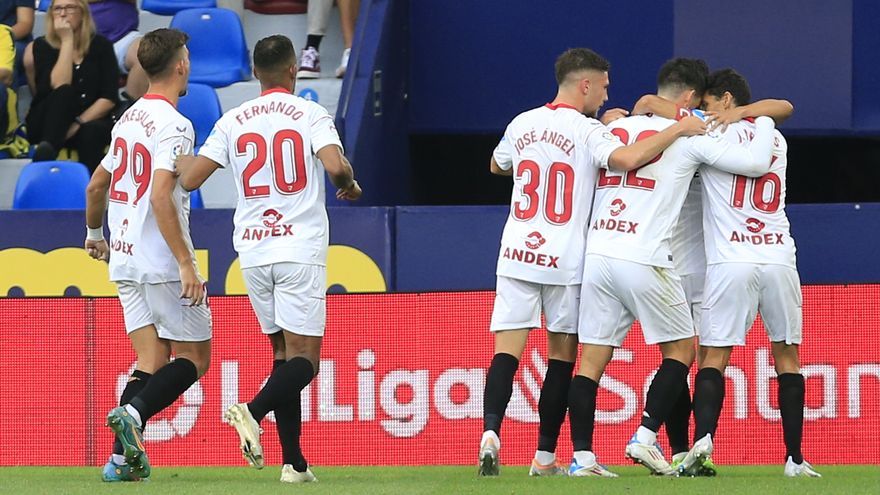 Villarreal and Sevilla sign tables in a balanced duel

A goal by Óliver Torres after eight minutes of play put Sevilla ahead in the first half, but the sevillista goal was counteracted by Baena six minutes into the second half. After the local goal, both teams had chances to have taken the three points at stake, but they were not successful in the definition.

Sevilla started stronger and coming off well from the pressure that Villarreal wanted to submit to at the start, although, although the locals wanted to get hold of the ball, the lack of clarity in their actions prevented them from achieving their goal in the early stages.

Eight minutes into the game, Sevilla managed to open the scoring in a play in which Jesús Navas gave a pass to Isco, who assisted Óliver Torres so that he beat Gero Rulli.

After the sevillista goal, the Villarreal began to press intensely and make it difficult for Sevilla to leave, getting very close to Bono’s area. However, Villarreal’s reaction was more of intentions than chances against a rival who was trying to put together some counter to surprise Rulli again.

After twenty minutes the game was balanced, but without great scoring chances until Pedraza was unable to complete an action after facing Bono in the 25th minute and Dani Parejo crashed a ball into the crossbar with a shot from outside the area shortly after.

Though the sevillistsa team responded with a chance for Óliver that grazed a postthe game remained balanced, since although it was Villarreal who had the most ball, Sevilla played its role well and contained the Castellón team.

In the last third of the first half, the game took place mainly in the Sevilla field, but without Bono going through any overwhelming situation, except that an injury forced him to remain on the bench in the absence and be replaced by Dmitrovic.

Villarreal managed to equalize six minutes after the match resumed in a great action by Coquelin, who enabled a great pass to Baena, who was lucky in the definition since, although Dmitrovic managed to repel his shot, the bounced ball hit a knee of the Villarreal player and went straight to goal.

The goal activated Sevilla and from the containment they exhibited in the first half, they went into action and went for Rulli’s goal until the roles were reversed, since Villarreal waited in their field before the rival’s greater push.

Emery wanted to give his team a further march with the entry of Danjuma and Yeremi Pino, although the one who could make it 2-1 was Baena again after a great play with two dribbles from the sideline and a subsequent shot that Acuña took under the sticks with Dmitrovic already beaten.

The Villarreal regained control of the match and went in search of victory with more than 60 percent of possession of the ball, although Sevilla, aside from their good defensive disposition, also sought to disturb Villarreal’s goal with quick actions.

Although the referee even awarded a penalty for Telles being knocked down in the Sevilla area, the action was ultimately invalidated by the VAR due to Yeremi Pino being offside.

In the last ten minutes, both teams exchanged approaches to the areas, although with Villarreal more focused on the rival goal, but without finally being able to undo the tie.

Referee: Hernández Hernández (Committee of Las Palmas). He showed a yellow card to the local Baena and to the visitors Bono, Acuña, Gudelj, José Ángel Carmona and Telles.

Incidents: match of the sixth day of LaLiga Santander played at the Ciutat del València stadium before 18,292 spectators.