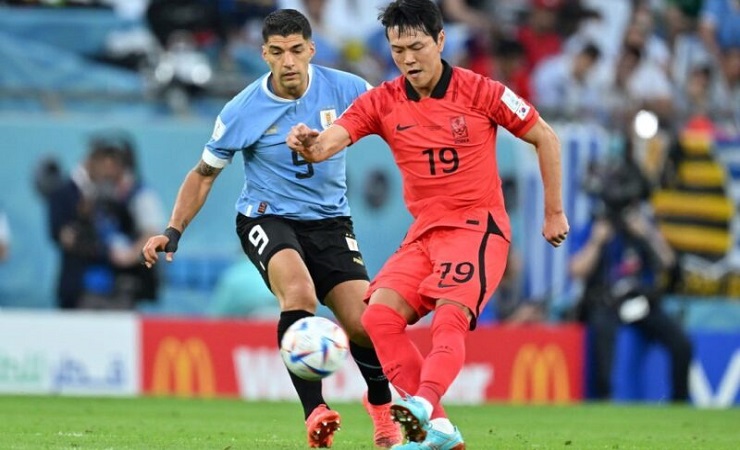 In the beginning the pace of the game was slow. Then at the end of the first half, the two teams became mad because of the addiction of goals. But success did not come. The same picture was seen in the second half of the game. In the end, the match ended with a scoreless margin. And so Uruguay and South Africa left the field sharing points.

South Korea was slightly ahead in ball possession and attack in the match held at the Education City Stadium. Uruguay managed to keep the ball for 55 percent of the entire match. However, there was no edge in the attack. Suarez-Cavanira managed to take just one shot across the South Korean goal in the entire match.

Meanwhile, the South Korean national football team kept the ball 45 percent of the time. But there was no edge in the attack. Not a single one could take a shot along the opponent’s goal, i.e. on-target.

In the 19th minute of the match, Fede Valverde’s shot went over the crossbar after taking control of Jose Maria Jimenez’s extended ball in the D-box. In the 22nd minute, Jimenez’s long pass was controlled by Luis Suarez and crossed near the penalty spot. Liverpool forward Nunes could not touch the ball while trying to jump and volley.

And just before the break, the Uruguayan defender and team leader Diego Godin’s head post did not meet the desired goal. The first half ended goalless.

Both teams picked up the pace in the second half. As a result, attacks and counter-attacks continued. But no one could score a goal. This is how the appointed time was going to end. But in the 89th minute, the goal was scored again. Unfortunately, once again the ball hit the goal post and bounced back. And in the end the match ended with a goalless margin.