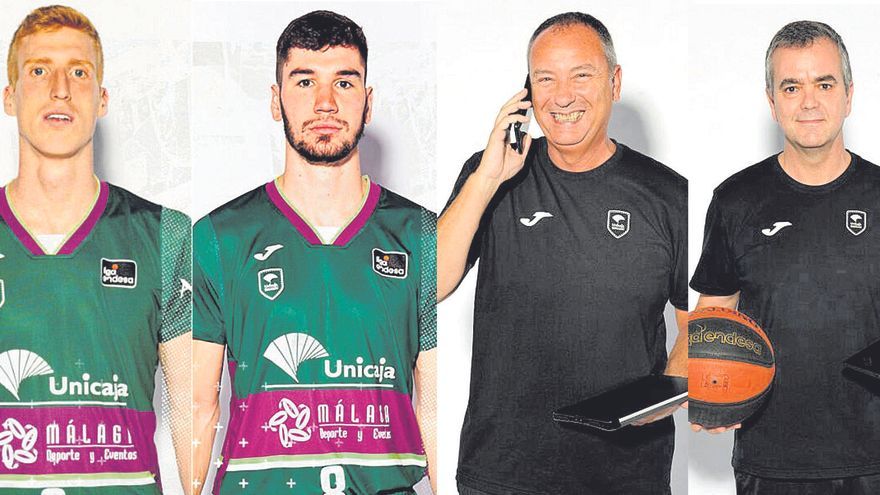 The Spanish team concluded its participation in the Eurobasket this Sunday by climbing to the top of the podium, after a couple of weeks playing at a high level and overcoming challenges in which, almost never, those led by Sergio Scariolo they were the favourites.

In the group of “The family» have played a very important role four members of Unibox, who bring to Malaga as many gold medals. Players Alberto Diaz Y Dario Brizuelathe delegate Javier Salvo and assistant coach Angel Sanchez Canete They have been very protagonists, each at their level, of a great success, another one, of the national team.

Alberto Diaz It has been, without a doubt, the great revelation of the championship. He arrived at eurobasketball last minute due to injury Sergio Lull. His role seemed oriented towards giving the starting point guard minutes of restLawrence Brownbut he gained prominence with his defense and his claw, to play even the end of the match, sharing the perimeter with the Spanish nationalized point guard.

Dario Brizuela has also shone at a great height in this eurobasketball. He has been a “can opener» in many games, but he has also helped to generate play and has even been especially active in defense, a facet in which he does not usually shine. Debutant in a major international tournament with the national team (as albert), comes out much revalued from the European.

For players to shine, be rested and worry only about what they have to worry about, there are other people who are essential in the game. coaching staff. A good example is Javier Salvodelegate of Unibox and also the selection. There is nothing in the day-to-day life of the team outside of the strictly sporting that does not pass through his hands, his laptop or his mobile phone. since before Sergio Scariolo gave the call in August, he was already reserving flights, hiring hotels and supervising everything that moves a group as large as that of this national basketball team.

Always special mention also for Angel Sanchez Caneteone of the technical assistants of Serge Scariolo, which is key to preparing for matches. The Italian is the one who devises on his board what to do and how to do it, but always after the coach from Malaga has studied every virtue and every defect of the 12 players that make up the squad of the rival on duty down to the smallest detail.

The four typesetter are today European champions. A well deserved achievement in which the DNA Malaga Los Guindos has been a fundamental factor. Congratulations to all.