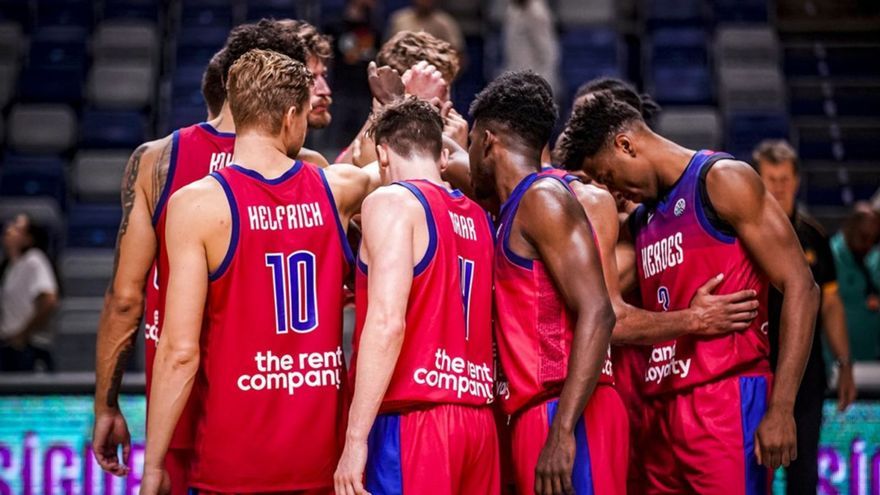 It’s time for the truth. The preseason is already history. At 8:30 p.m. this Friday, when summer is already dying, the Unibox measures forces in the Martín Carpena Palace in front of the Heroes Den Bosch of the Netherlands. It is a game without a net, all or nothing, in which the only thing worth winning is to move on and be in the very final on Sunday, which will give the winner a place in the Group Stage of the Basketball Champions League 22/23.

The truth is that we are facing a very “special” start to the season. Never before has Unicaja had a “first day at the office” with a game of this magnitude. Never before was there so much at stake for the Greens in their first duel of the course. And it is that Playing in Europe is an obligation for Unicaja as a team and as a club. A sporting and economic necessity. It is not possible to understand the effort that the Los Guindos entity has made this summer to build an apparently competitive squad without being able to “walk it” from October through the Old Continent.

The roadmap is very clear. We have to beat the Dutch Den Bosch tonight and then beat the winner of the other semi-final of this six-player event in the morning on Sunday, which is played at the Martín Carpena: Karhu Kauhajoki (Finland)-Patriote Levice (Slovakia). That is the typesetter’s objective in the (hopefully) next 80 minutes.

But first things first. The Den Bosch will surely not make it easy tonight. The Dutch are a team without big names or individualities, but, given what was seen in the quarterfinals, plays pretty well basketball, run, defend and fight with your resources.

It is clear that if Unicaja is at their level, there will be no problem to win and go to the very final on Sunday. But the match comes very soon, with many players lacking training due to international commitments and that is what can “match” the forces against a Den Bosch more rounded than the green and purple ones.

Ibon Navarro has for the first time since the preseason work began in early August its entire squad ready to play, after the additions of Alberto Diaz Y Dario Brizuela. In other words, it will be a premiere day for 9 players, all of whom have been signed this summer market. For Will Thomas, Melvin Ejim and Augustus Lima It will be a “re-release”, but for the rest, tonight will be their first day at the Carpena dressed in the typesetter colors.

There is a lot of expectation to see the team. There is desire to see Kendrick Perry in direction, Tyson Carter, Nihad Djedovic and Tayler Kalinoski on the perimeter and Dylan Ossetkowski Y David Kravish in the paint. Many new faces that must be in charge of getting the team out of the well into which it fell in 2020 and from which it has not been able to get out since.

It is It is unknown what atmosphere the Martín Carpena Palace is going to show. The expectation has been growing during the last days as the competition got closer. Also the “effect” Alberto Díaz, one of the fashionable players in national and European basketball after his spectacular time at the Eurobasket, has “hooked” some who doubted whether to go or not. The truth is that the pavilion is going to be far from full, but it looks like (subscribers do not pay) that there is going to be a very good atmosphere for the premiere of the new Unicaja 2022/2023 project.

That said: You can not fail tonight. It would be a tremendous stick for everyone: club, players and fans. Better not even think about it. Unicaja is favorite to be champion of this preliminary phase in Malaga and he is able to demonstrate it from minute 1. Europe is well worth the effort…