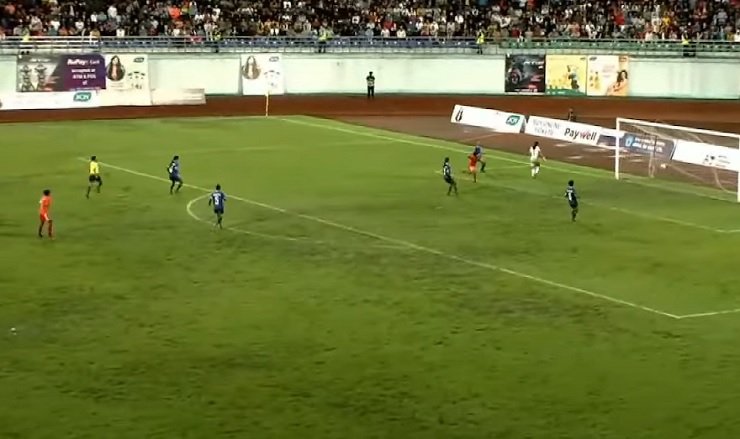 Three goals in Nepal’s net, Sabinara is on the verge of making history

In the final match of SAFF women’s football championship, Bangladesh girls scored three goals against Nepal. Two goals were scored in the first half. In between, however, Nepal paid a goal. However, Golam Rabbani Chotan’s disciples moved closer to winning the title for the first time as they were leading by three goals.

It was a game of attack and counter-attack right from the start of the title-deciding final match at Kathmandu’s Dasaratha Rangshala on Monday afternoon. Bangladesh took the lead in the 13th minute of the match. At this time, Krishna Rani Sarkar crossed from the right side. And Shamsurannahar sent the ball into the Nepalese net with a tap.

Then in the 41st minute of the match, Krishna Rani Sarkar, the provider of the previous goal, scored himself. Meanwhile, Nepal did not see a goal in the first half. As a result, the red-green representatives went to the break with a 2-0 lead. After the break, Nepal repaid a goal. But Sabinara scored another goal before it could be cut.

It should be noted that the girls of Bangladesh are in great form in the SAFF this year. In the group stage, they won all their matches and emerged as the top four. Bhutan was blown away in the semi-final match. And that’s the second time the representatives of red and green got into the title deciding match.