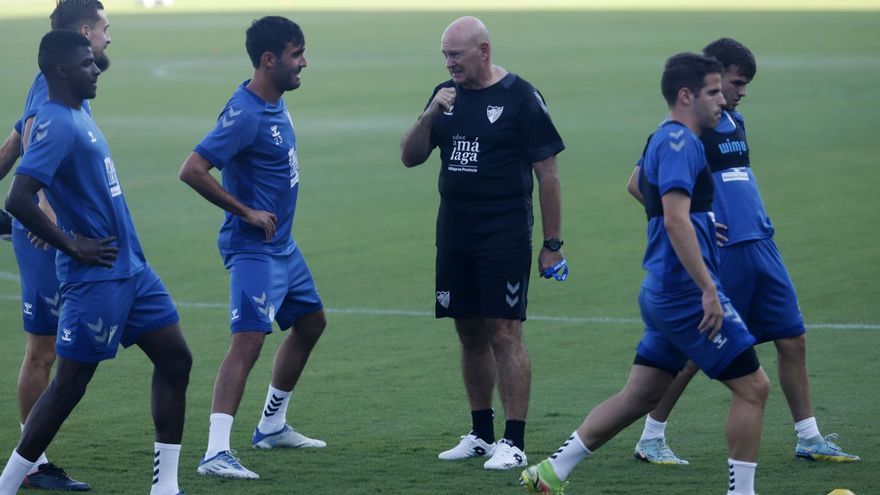 Málaga CF begins a new stage with the arrival of Pepe Mel to his bench. It will be difficult for this Saturday against Villarreal B, with only three days of work, for the player from Madrid to change and fix all the shortcomings that the team has shown in these first six LaLiga SmartBank games, but little by little the new blue and white coach will try implement his style so that his players express what he asks of them on the field.

Pepe Mel is a trainer with a vast career in Spanish football. He has managed many teams, both in the First and Second Divisions, but surely where he has left the most mark has been with his Betis and his last club before arriving in Malaga, UD Las Palmas.

One of the non-negotiable characteristics in Mel’s teams is the high pressure. To play in a team from Madrid, the player must be aware that he has to run like any other teammate. Málaga was already trying to practice that pressure with Guede, and now Mel will try to do it in the most orderly and effective way possible.

The teams led by the new malaguista coach are intense teams, who go looking for their rivals up front and try to steal from the opposition field to do damage. We will not see a Malaga with 11 players hanging from the crossbar, at least as usual.

Another hallmark of Pepe Mel’s teams is the good handling of the ball. His Málaga will want the ball, they will try to rule the games from possession, the best way to control rivals. Yes, no risk. The man from Madrid already said it in his presentation: «I am not going to go against the nature of footballers, I am not a fool to throw stones on my roof». In other words, the coach will try to implement a recognizable style, but always adapted to what he has in his squad, enhancing his “virtues”.

The blue and white coach has work ahead of him. He knows that up there he has players with proven quality, he knows very well Reuben Castro, whom he will train for the 10th season, but the first thing will be to become a solid team at the back and from there begin to grow as a whole. Injuries will be the biggest handicap they will have in these first games to make their Málaga a rock. N’Diaye, another footballer who has already been under his orders, will be essential to give balance to his team. For this first match, perhaps the Senegalese will have to play central alongside scarce in the face of so much absence of centrals. The other options are Genaro Rodriguez or the youth squad Moussa.

“I like a team that presses, that is in the rival field, has the ball and recovers quickly.” Those were the words of Pepe Mel in his presentation. The objective is to achieve it little by little. This Saturday we will see the first steps of his Málaga CF.