The victory of Saudi Arabia in the green of the desert 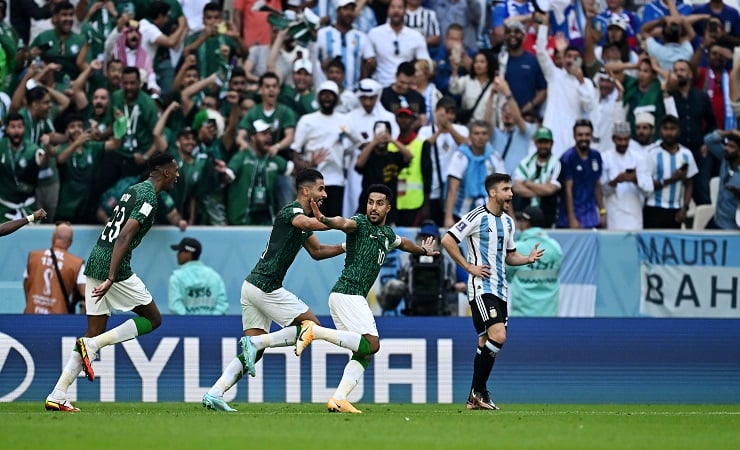 Football fans thought that Argentina will get the expected victory against Saudi Arabia in their first match of this year’s World Cup in Qatar. But on the green of the desert nation’s iconic Lusail Stadium, the world watched Saudi Arabia triumph. Herbe Renard’s disciples started their World Cup mission by defeating Argentina.

Argentina did not need to play well for a long time in the whole match. After falling behind in the first half, the Saudi Arabian footballers picked up the pace in the second game. And from 48 to 53 minutes, the footballers of the team were intoxicated with goals. Two goals came in six minutes. That’s why the Middle Eastern country smiled in victory.

However, in the match held in Lusail, the two-time world champion Argentina dominated possession and attack. Lionel Messi’s men had the ball for 70 percent of the match. And in the entire match, a total of five shots were taken along the opponent’s goal. Only one goal scored. On the other hand, Saudi Arabia scored two on-target goals.

In the first match of the day in the World Cup in Qatar, the Argentinian footballers started playing attacking football from the beginning. In that case, the goal was scored in the tenth minute of the match. Argentina got a penalty by weight due to illegal obstruction of Parades inside the D-box. And the team leader Lionel Messi led the team by scoring from the penalty kick.

Lionel Scaloni’s men scored three more goals in the first half. But all three goals were all sides. As a result, the white-blue jersey holders were eliminated from the lead by 1-0.

Meanwhile, in the second half, Saudi Arabian football players can be seen differently. The footballers of the team increased the pace of the game with great passes. In that case, the Saudi footballers stunned the Argentine fans in just six minutes. Sareh Alsehri scored in the 48th minute and Salim Adawsari scored in the 53rd minute to lead Saudi Arabia 2-1.

Then, until the last minute of the match, Messi-Di Maria attacked one after the other for the goal. But in the end, the two-time world champions did not see a goal. As a result, the Saudi Arabian football team left the field with a 2-1 goal difference.