The Tigers returned home after a disappointing tour 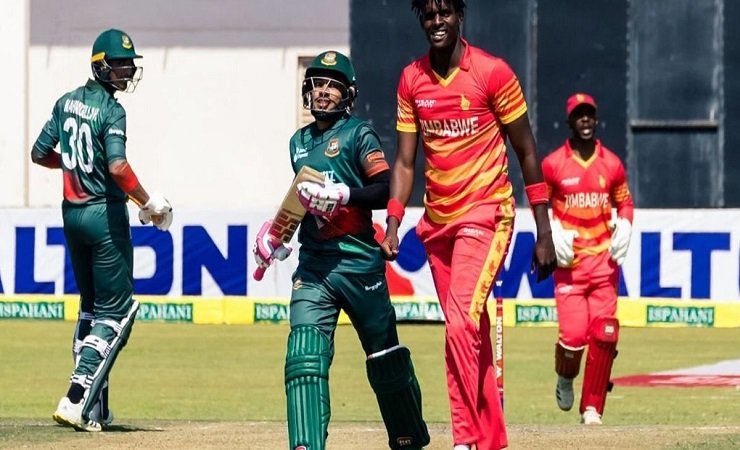 The Bangladesh cricket team returned to Bangladesh after a disappointing tour of Zimbabwe. However, team leader Tamim Iqbal Khan did not come with the team. The plane carrying the Tigers landed at Hazrat Shahjalal International Airport at around 5:30 pm Bangladesh time.

Bangladesh cricket team played a rematch in West Indies tour. The Tigers have shown poor performance in ODIs after being washed up in Tests and T20s. Russell Domingo’s men whitewashed the hosts Windies by 3-0 in the three-match ODI series.

So everyone was expecting a good performance of the Bangladesh team on the tour of Zimbabwe. Of course it was natural to think so. Because considering the relative strength of the two parties, the Tiger camp is much ahead of the Rhodesians. But that hope is crushed. At the end of the tour, Bangladesh was accompanied by a chest of disappointment.

Playing with a young team, the visitors tasted defeat in the first T20I of the three-match series. However, Bangladesh leveled the series with a great win in the second match. So the third T20 match was the series decider.

The visitors had a great start to that match. The host Zimbabwe batters were shaking because of the Bangladeshi spin poison. But suddenly, Ryan Barle took 34 runs in one over by Nasum Ahmed. After that, Barl gave Zimbabwe a capital of 156 runs by increasing the runs at a fast pace. Which could no longer be crossed. As a result, the series was lost 2-1.

Bangladesh team was confident about ODI even if they failed in T20. Because Tamim Iqbal is in great form in this format of cricket. In the first ODI in Harare, the Tigers got 303 runs in four fifties at the beginning of the match. At the beginning of the next innings, the bowlers also had a poor performance with the ball. But in the end, Tamim Iqbal lost by 5 wickets in Sikandar Raja and Innocent Coward century. Zimbabwe confirmed the series by winning the next match. And Bangladesh got a consolation victory in the last match.

Meanwhile, Team Bangladesh will not get much rest after returning home. Preparations for the Asia Cup will begin in a few days. This year’s T20 Asia Cup will be held in the United Arab Emirates on August 27.