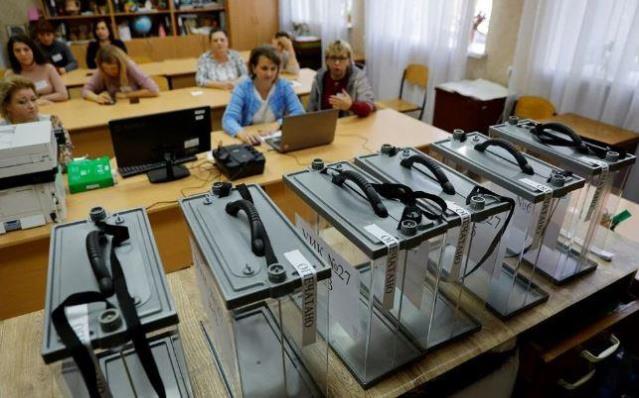 The result the world has been waiting for! Referendum begins in Ukraine in 4 Russian-controlled regions

The latest development in the ongoing war between Russia and Ukraine had a great impact on world politics. The decision to take a referendum in Donetsk, Luhansk, Zaporizhia and Kherson under the occupation of Russia and Moscow-backed forces drew the reaction of the USA and Europe, especially Ukraine. Turkey also expressed its concerns about the referendum.

The ballot boxes have been officially put in the region where the eyes of the world are turned. People living in Donetsk, Luhansk, Zaporizhia and Kherson started going to the polls in the morning to vote whether to join Russia.

VOTING WILL CONTINUE UNTIL TUESDAY

It was stated that the referendum will continue until Tuesday and citizens will be able to vote in regions close to them until these dates. Referendum regions make up 15 percent of Ukraine’s territory.

IT WAS ON THE AGENDA FOR A LONG TIME

Referendums in Donetsk and Luhansk, which make up the Donbas region, have been on the agenda for a long time. The Russian-backed administrations of the four occupied territories announced on Tuesday that they would hold a referendum.

A day later, Russian President Vladimir Putin supported the referendum. Russia, which entered Ukraine on February 24, had to withdraw from the city of Kharkov and its surroundings, which was occupied by the Ukrainian army’s counterattack, in recent days.

Euromotors brings the Renault Express Van to the DR

To look young, Tabu had bought 50 thousand cream, then what happened?