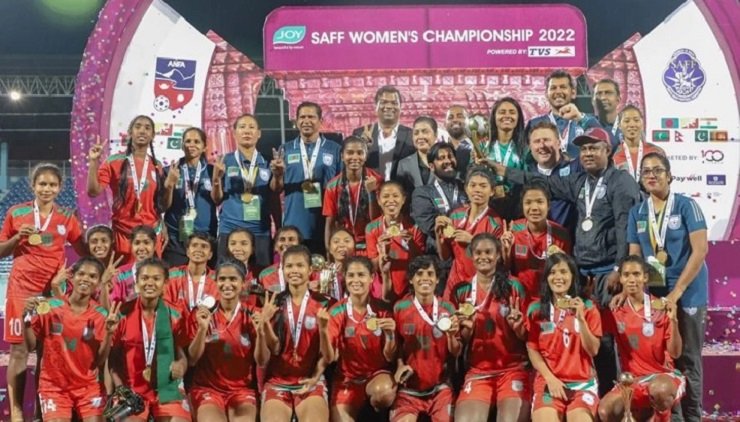 The Prime Minister will award the winning female footballers, they will get houses according to their needs

Prime Minister Sheikh Hasina will give cash and houses as per requirement to each of the female footballers who won the SAFF Championship. The award will be given when the Prime Minister returns to the country. Prime Minister’s press wing informed about the matter on Thursday.

Prime Minister Sheikh Hasina said after announcing that the women’s football team goalkeeper Rupna Chakma will be given a house, the rest of the players who need a house will also be given a house. The head of government has already given instructions to the concerned to inquire about the house of every female footballer.

Pictures of Rupana Chakma’s dilapidated house went viral on social media. The Prime Minister saw the picture in New York. From there he gave instructions to build a house for Rupna’s family.

The Prime Minister is staying in the United States to participate in various programs including the 77th session of the United Nations General Assembly. He is scheduled to return home on October 4.

Bangladesh women became clear champions in the sixth edition after defeating the hosts Nepal 3-1 at Dasharath Rangshala Stadium in Kathmandu on Monday. Bangladesh had to digest only one goal in the whole tournament. That is also the day of finals. Apart from this, no other opponent could score against Bangladesh.

Federer’s retirement: why is he leaving? His explanations