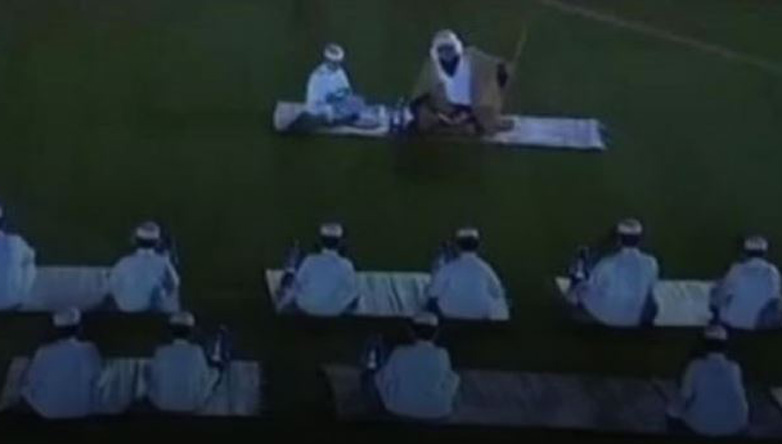 Sports Desk: Qatar World Cup 2022 has started today. It starts with the Qatar-Ecuador match. Ecuador has made a good start in the World Cup. They beat Qatar 2-0 in the opening match. But before that, the curtain rose on the 22nd edition of the World Cup through an eye-catching opening ceremony at the Al-Bayt Stadium in the desert country of Qatar. This is the first time that ‘The Greatest Show on Earth’ is being held in the Middle East.

At the beginning Sheikh Tamim bin Hammad Al Thani of Qatar announced the opening of the program by giving a welcome speech in Arabic. After that, the main program started with the recitation of verses from the Holy Quran.

American superstar Morgan Freeman came on stage first to host the show. Then the World Cup’s mascot ‘Lib’ was unveiled. A short documentary on Qatar’s football heritage, Kristi Culture, is shown. Then the main attraction of the program begins. The popular songs of the past World Cups started playing one after another. Enchanting dances are performed to the rhythm of music.

The artists enthralled the audience with the rhythm of dance and song. Then Jung Kook, the youngest member of the South Korean pop band BTS, and Qatari singer Fahad Al Qubaisi took to the stage. They performed the new official World Cup theme song ‘Dreamers’. Finally, the entire stadium was illuminated by the flash of fireworks. The 45-minute opening ceremony concluded.

About 60 thousand visitors from home and abroad came to enjoy the opening ceremony. In addition, many of the important political figures of the Middle East were present. Saudi Arabia’s Crown Prince Mohammed bin Salman, Egypt’s President Abdel Fattah Al Sisi and Algeria’s Abdel Majdid Teboun were present at the event. Besides, UN Secretary General Antonio Guterres was also present.