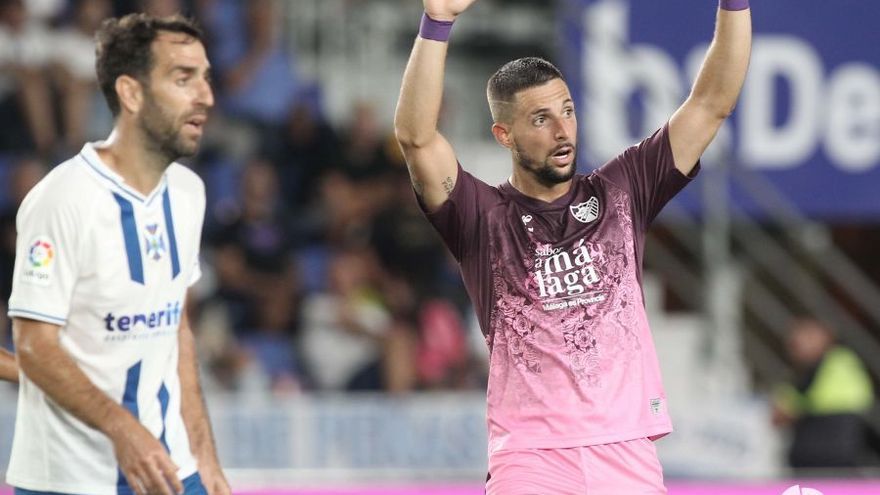 The arbitration condemned Málaga CF at the Heliodoro Rodríguez López. Nor is it that Pablo Guede’s men were playing a brilliant game, but the match was 1-1 and the team seemed to be able to get at least one point and in a few minutes everything fell apart due to two controversial incidents. First, Bustinza was sent off for seeing two yellow cards in five minutes, the first of which was highly debatable, even more so seeing the standard that Caparrós had applied with Tenerife in the first half. And to top it off, in the final stretch, a penalty was invented in an action that was a foul on Juanfran and incomprehensibly the VAR did not send him to the screen to rectify. A show that condemned Málaga and perhaps its coach. 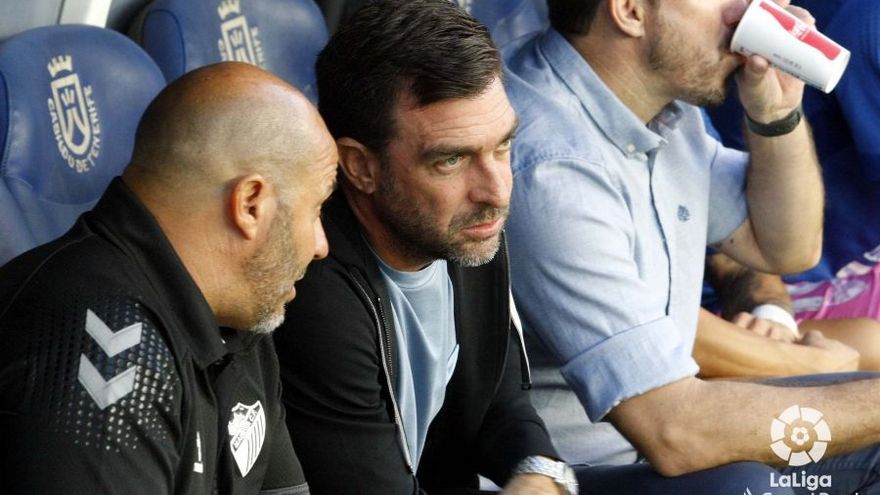 It gives consistency to the midfield, but I can’t multiply. Strong. He played the second part with a compression bandage.

Nothing could do in the goals. He gives little sense of security in aerial balls. Admonished for protesting the action of the penalty.

It improved version and was able to generate. Tremendous Rajadan against the referee and the VAR. Absolute injustice the penalty that they pointed out to him.

He was sent off for a double yellow card in five minutes. The first, highly debatable. He was outscored by Waldo Rubio at 1-0. Overcome.

He had to play left-handed center back, out of position. A lot of work with Enric Gallego. He had a hitch with him after a hard entry from the battering ram.

He gives it all. She struggles when he hits the baseline, but she still pushes situations over and over again. Pure heart. Sometimes out of place.

Today was not his best day. He played closer to N’Diaye, far from the rival goal, and his level dropped. It was not the Phoebas that he marveled at on other days.

It doesn’t finish booting. Guede is already giving him minutes and he has not yet been decisive. He wants the ball, but he doesn’t produce much. Picking up the pace

First goal with the Malaga shirt. Good shot with the right. Serious loss in the play of the second yellow to Bustinza.

Nothing at all. Sol’s weak game until he was substituted. He is still very failing with the ball at his feet. He cannot be refused delivery.

You still don’t connect with your peers. He looks desperate when he doesn’t get balls. He had a couple of occasions that he did not convert into a goal.

Chavarria (4): He entered a difficult moment. Difficult that I could scratch anything.

Lauren (5): He tried it in a very complicated match context. Warrior.

Juande (3): Erratic and soft in some action

Gennaro (1): He failed in the clearance prior to the ‘penalty’.

Dani Lorenzo (SC): No time for almost nothing.