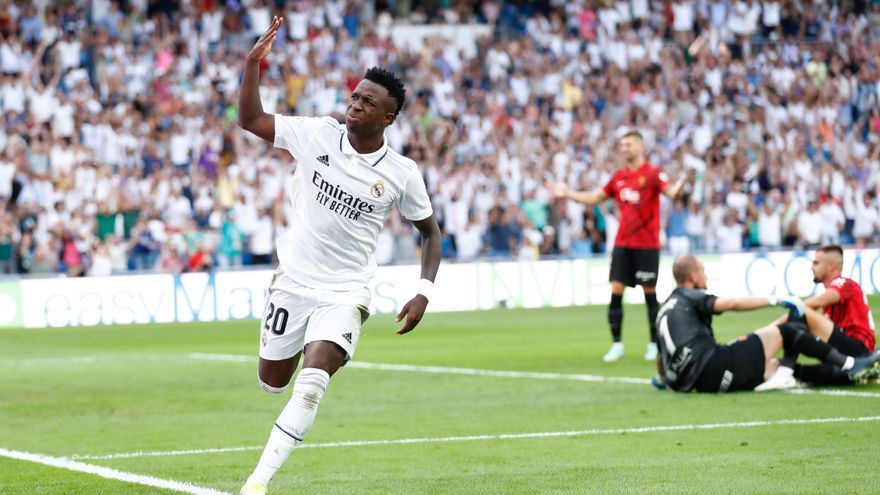 The public ministry tries to elucidate if a crime related to the exercise of fundamental rights and public freedoms has been committed and the Police have been commissioned to analyze the recordings to identify the alleged perpetrators, according to the Madrid Prosecutor’s Office this Friday.

He also asks the agents to inform him if these people have any kind of relationship with violent groups or extremist ideological movements or if they have been involved in other incidents or offenses of a similar nature.

Also askto verify if more episodes of racist overtones were repeated inside the stadium against a certain Real Madrid player, in addition to addressing the security services of Atlético de Madrid so that they can provide information that could help clarify the facts, as well as the arbitration record of the match.

The investigation begins after receiving a complaint filed by the Movement against Intolerance, which also addressed the Higher Sports Council (CSD) for the Anti-Violence Commission to adopt sanctions.

The events took place last Sunday, shortly before the Madrid derby, when, upon Real Madrid’s arrival at the Metropolitano stadium, some 500 Atlético fans who were in the player access area sang, “You are a monkey, Vinícius you are a monkey!”.

An action that was condemned by both teams, as well as by the Anti-Violence Commission, which asked the clubs to “jointly and immediately condemn” this type of action when it occurs.

LaLiga also iincluded the facts in the complaint letter for violent or racist chants or incidents which is sent after each day to both the Competition Committee of the Spanish Football Federation (RFEF) and the Anti-Violence Commission.

This time, Jamal Bhuiyara is on his way to Nepal