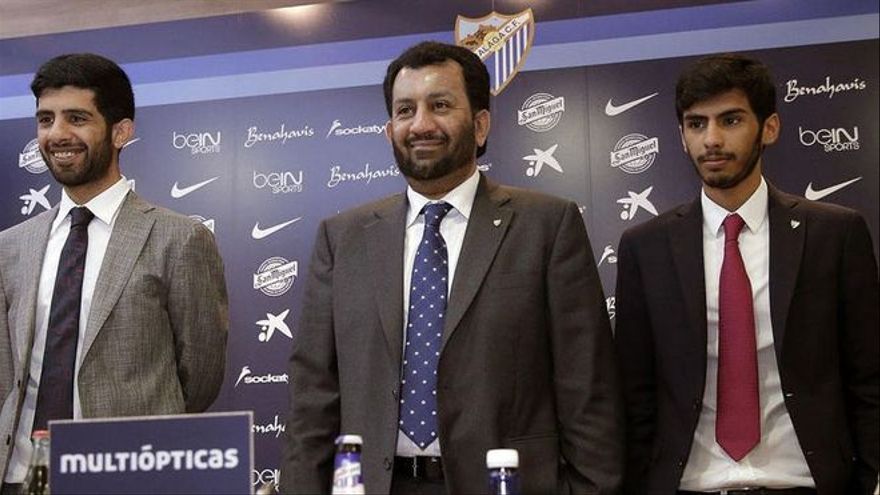 The umpteenth judicial chapter with the Al Thani could have those investigated closer than ever to finally landing in Malaga to testify on October 17. And it is that the investigating judge of the caseMaria de los Angeles Ruiz, has dismissed the appeal for reform of the defense of the Qataris with which they sought to annul the summons. So the sheikh and his sons – Nasser, Nayef and Rakkan – will have to testify in court in just under a month.

The defense of the Al-Thani based their last resort on the fact that they should not testify until the rogatory commission that is still open ends. However, as anticipated Chain BEthe judge has been very forceful in the order: “They are perfectly aware of the procedure that is being followed against them. That, despite knowing their procedural situation, they have not provided any collaboration at any time to process the case and that , To date, there is no rogatory commission pending to summon the defendants“.

The objective, as has been happening in recent months, was simply to delay the date of the declaration in Malaga based on that international letter rogatory. Now the judge confirms their presence in court on October 17 categorically: “The address that the defendants themselves provided has either turned out to be unclear in the eyes of the Qatari judicial authorities or simply does not exist.”

What happens if the Al-Thani finally do not appear? If they do not go to court number 14 in Malaga in less than a month, the judge has already warned on several occasions that a international search and arrest warrant. Although the magistrate acknowledges that “to this day the whereabouts of those investigated is unknown.”

However, the court case does not end there. The Association of Small Shareholders of the Malaga CFthrough a letter, has expressed full support for the management of the investigation and to “order what is necessary to carry out the pertinent steps to close the investigation, issuing an international arrest warrant against the defendants in the event that they fail to comply with their obligation to appear.

However, they go a step further than mere support and They request “to open a separate section for a possible crime of obstruction of justice according to what is typified in art. 463 of the criminal code”.

So we will have to wait for what happens with the Qataris in the courts. Will they make an appearance or will they exhaust any avenue before that international search and arrest warrant is executed? For now, October 17 is already confirmed as the key date between justice and the Al-Thani, but what is certain is that the landing of the family -by its own will or by force- seems to be closer than ever. never.