The football festival started today in the desert, which will have a grand opening ceremony 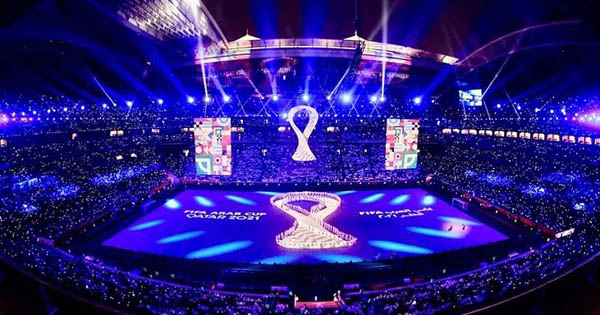 Sports Update Desk: Today the curtain rises in the desert of Qatar World Cup. The FIFA World Cup, the highest event in world football, is going to start again after a systematic four-year gap.

This Sunday (November 20) the curtain will rise of this ‘The Greatest Show on Earth’. Qatar is the host country for the 22nd edition of the FIFA World Cup, which began in 1930. As there are discussions about Qatar hosting, there are also criticisms. But above all else, this giant of world football is playing on the field today.

Being the host country, Qatar can play directly in this World Cup. This is the first time this Middle Eastern country is participating in the World Cup. Italy was the last country to host a World Cup without ever having played before, in 1934. Which is the second World Cup in football history.

Only the first FIFA World Cup i.e. 1930 World Cup had all the World Cup matches in one city. It is going to happen again after 92 years. All World Cup matches will be held in Doha, Qatar. The only Khalifa International Stadium in Doha has been renovated and given a new look. The remaining 7 stadiums were newly constructed for the World Cup.

So the organizers are planning a grand opening ceremony to make this World Cup colorful. The World Cup will start at 8 pm Bangladesh time. The event will be telecast live on Gazi TV, T Sports and Toffee Live app.

The hosts Qatar and Ecuador will meet in the opening match. It will be preceded by a grand opening ceremony. According to British media The Telegraph, Bollywood star Nora Fatehi, American band ‘Black Eyed Peas’, Robbie Williams are scheduled to perform on this stage.

But all eyes will be on Jung Kook, the singer of South Korean popular band ‘BTS’. He has countless fans all over the world. So everyone is looking forward to see Jung Kook at the opening ceremony.

The opening ceremony will be held at the Al Bait Stadium with a capacity of 60,000 spectators. The stadium is located 40 kilometers north of Doha, the capital of Qatar.

British singer Dua Lipa will perform at this event, it was reported in various media. However, the 27-year-old singer has made it clear that she will only go there if Qatar fulfills all its commitments to protect human rights.

Natalia Baldizzone, a world number 1 who never tires of winning