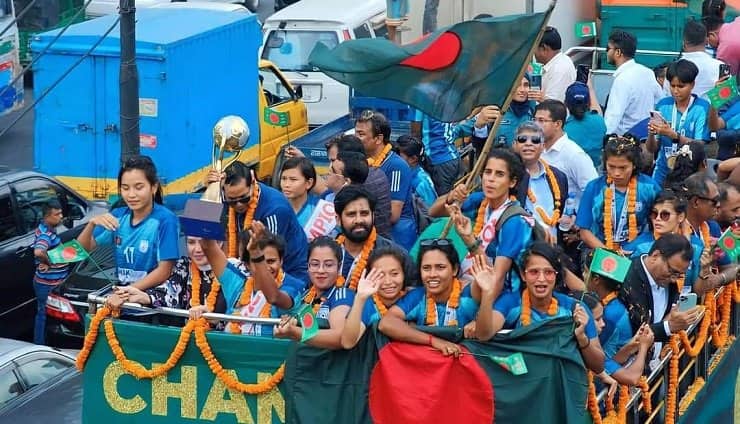 National women’s team footballers who have won SAFF Championship are receiving news of awards one after another. This time, Bangladesh Army has announced a reward of one crore taka to these women footballers. At the same time, it has been announced that the reception will be held on September 27.

Bangladesh women’s football team qualified for the championship for the first time by defeating the host Nepal by 3-1 in the final match of SAFF women’s championship held at Dashrath Rangshala in Kathmandu last September 19. Not only that, the Tigresses became undefeated champions in the tournament. Sabina returned home on Wednesday.

This is how Martín Carpena received the European champions