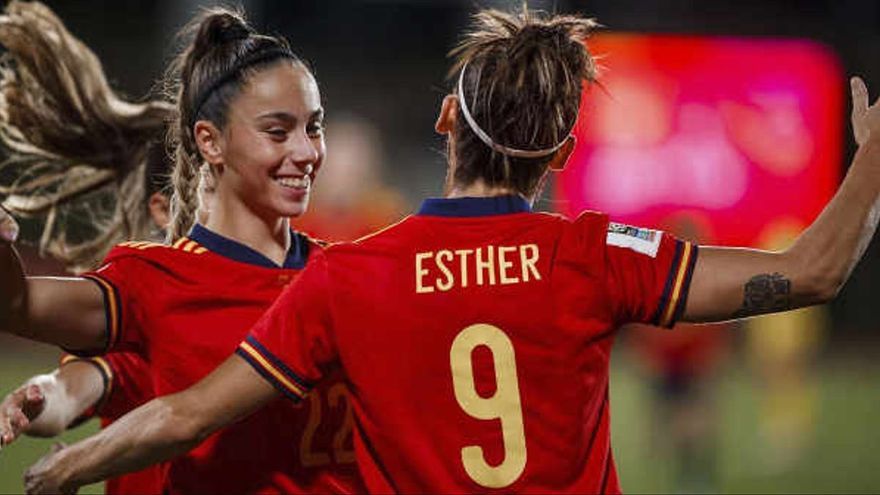 The women’s soccer team is once again in the eye of the hurricane. After the riot that the players staged in the previous call asking for the head of the coach Jorge Vilda in a meeting with the coach himself, now 15 players have given up going to the team as a pressure measure to achieve the dismissal of the coach. A movement that not all support and that leaves the national team and women’s football in a complicated situation. These are the keys to this unexpected rebellion starring Ainhoa ​​Vicente, Patri Guijarro, Leila Ouahabi, Lucía García, Mapi León, Ona Batlle, Laia Aleixandri, Claudia Pina, Aitana Bonmatí, Andrea Pereira, Mariona Caldentey, Sandra Paños, Lola Gallardo, Nerea Eizaguirre and Amaiur Sarriegi.

💬 “Today we are here because we have expressly requested it. The players have never asked for Jorge’s dismissal. The captains have conveyed the feelings of the players”.

1— The 15 emails from the players renouncing the call began to arrive yesterday, Thursday, at 7:00 p.m. All the writings had the same wording and were signed by each player. In them you could read: “Currently I do not see myself in a position to be a selectable player (…) I request not to be summoned until this situation is not reversed, “ also pointing out that “the current generated situation affects them “in an important way” in their “emotional state” and in their “health”.

2— The players of the real Madrid they have once again stood out as on the first occasion, when they asked for the resignation of Jorge Vilda at the meeting with him. The initiative continues to be led by the players of the Barcelonawith the support of footballers from the Atletico Madrid, Real Sociedad, Manchester City Y Man Utd.

3— The captains Irene Paredes Y Beautiful Jenny They do not appear among the signatories. Paredes was the one who showed his face in the press conference in which they lied by saying that they had not asked for the head of the coach, and he ended up very marked, so now he has not wanted to lead this new revolt. From the group it is pointed out that both support the measure taken. Now it remains to be seen if both will attend Vilda’s call.

4- Alexia Putellas She is injured and therefore has not had to give up a call for which she was not summoned. The group of 15 ‘rebels’ insists that they have the support of the Golden Ball. Putellas, At the moment, he has not made a public statement on the matter.

5— The reasons, officially, remain the same: the players are dissatisfied with the coach’s training methods and his soccer criteria and want another coach to get more out of a group that they affirm “must aspire to win titles ”.

🔴 𝗢𝗙𝗜𝗖𝗜𝗔𝗟 I The @SEFutbolFem will face the United States in El Sadar on October 11.

🤝 A meeting that will take place in Pamplona thanks to the collaboration between the @rfefthe @pamplona_aytothe @gob_na and the @futnavarra.

6- The players have only spoken on social networks and a public appearance is expected, which they warn will arrive, but it has no place, date or time. The coach remains firm in his idea of ​​keeping his position as coach and technical director, and the Spanish Federation has already made its position public in a statement in which it makes it clear that “The RFEF It will not allow the players to question the continuity of the national coach and his coaching staff, since making those decisions does not fall within their powers. The Federation will not admit any type of pressure from any player when adopting sports measures. These types of maneuvers are far from exemplary and outside the values ​​of football and sport and are harmful. In the same statement, the RFEF opens a solution path: “The RFEF, contrary to the way these players act, wants to make it clear that it will not take them to this extreme or pressure them.” And he concludes emphatically pointing out that “It is an unprecedented situation in the history of football, both male and female, in Spain and worldwide.” The CDS has aligned itself with the Federation and the players have been left alone in this rebellion.

India vs Australia: If the series is lost to Australia at home, then before the T20 World Cup, Team India will be immersed in churning again