Tete: “The efficiency of ElPozo Murcia has condemned us” 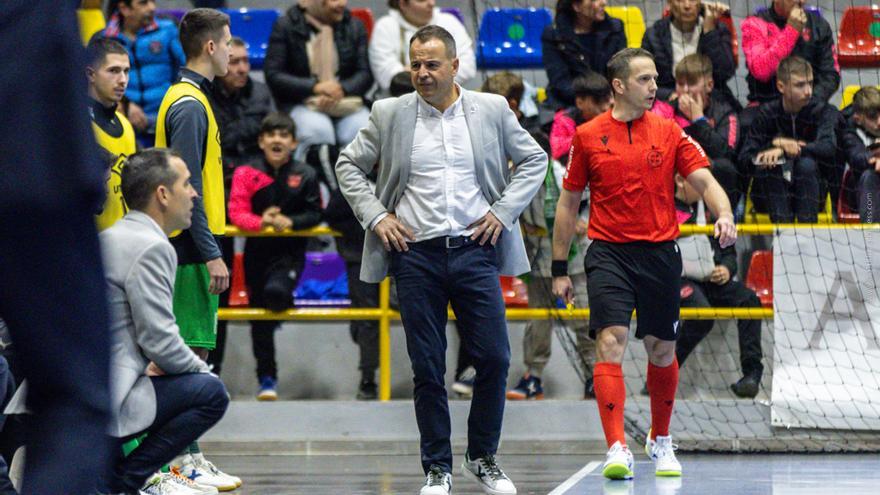 Tete analyzed the defeat against ElPozo after a highly contested match.
IT

The BeSoccer UMA Antequera coach, Tete, claimed that the 0-3 result with which ElPozo Murcia stormed the university team’s stronghold was partly misleading. “It was a very even game from start to finish, although in the first half they carried the weight of the game. They made possessions longer, so they didn’t give us options, but even so I don’t count more than three clear chances”he stated at the end of the match against the Murcian team.

“In that first part we have added two clear opportunities. If we had materialized at least one, everything would have changed. But in the second part the efficiency has surpassed the work”has justified after the result of the beginning had been maintained at half-time.

And he qualified about those three visiting targets that followed one another after the restart: “The first two goals have come from two small errors and we have paid dearly for them”. He also underlined the discipline of his squad to complete the actions that had been designed on paper in recent days: “Personally, I am happy because we have made the work plan for the week. We have competed as we had to compete. However, later You know that when you work against a big man, that’s what you get.”

Regarding the defense proposed by the Murcians, Tete has not avoided acknowledging that ElPozo “has left little margin. If we had scored a goal, the team would have gone further up or if we had tied at one, the game would have been different,” he emphasized. For the coach of the representative from Malaga in the highest category of national football, against a rival of the stature of Murcia “You have to be super-perfect. You have to hit the opportunities you have. ElPozo is the fair winner”. He has also highlighted the work of the public gathered in the Antequera pavilion: “It was already key in the first round. They have carried us in the wings and we trust them for this second round. Our goal is to stay in the highest category and right now we are out of the relegation. It’s a very nice challenge for everyone”, he concluded.