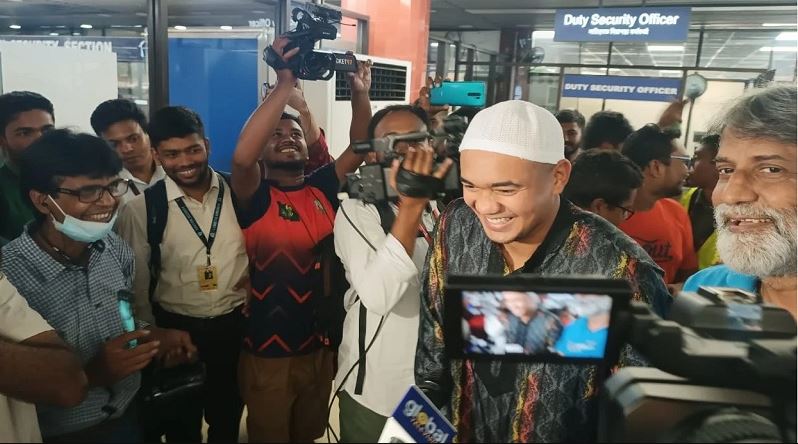 Taskin greeted the women’s team at the airport

Sports Update Desk: Bangladesh national women’s football team has returned home after achieving South Asian football excellence for the first time, received a royal welcome at the airport. There, from journalists to Buff officials, they congratulated them.

National cricket team star Taskin Ahmed was also at the airport for a while. He also congratulated the tigresses there.

Taskin Ahmed returned home after performing Umrah shortly before returning from Nepal to Hazrat Shahjalal International Airport on Wednesday (September 21). The pacer expressed his feelings about the women’s team by belittling a private TV channel during a live broadcast from the airport terminal.

There, Taskin said, ‘This is a very good achievement for us. I am happy, everyone is happy.’

Earlier this Wednesday morning, Bangladesh Cricket Board (BCB) announced a prize of Tk 50 lakh for the champion Bangladesh team in women’s football. BCB president Nazmul Hasan Papon said that everyone in the country is proud of such a historic victory of the women’s team.

American sports: Which Creoles will get more “cash” at the end of 2022?