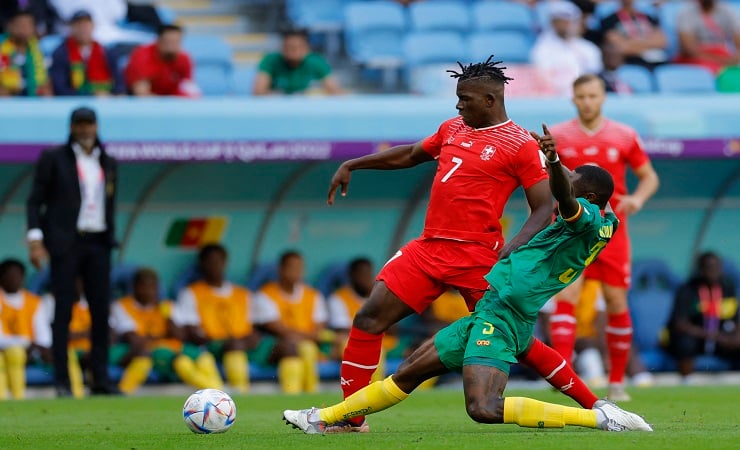 Switzerland got an expected win against Cameroon in the first match of the day at the FIFA World Cup. Switzerland defeated the African team by 1-0 in the match held at the Al Janov Stadium in Qatar. Brel Mbolo scored the only goal to win the match.

In their first match in the group stage, Switzerland played evenly in possession of the ball but was far behind Cameroon in attack. The Swiss players managed to keep the ball for 48 percent of the entire match. And three shots were taken along the goal of Cameroon. Got a goal.

Meanwhile, the Cameroon football team managed to keep the ball under their control for a total of 51 percent of the entire match. And took a total of five shots on the opponent’s goal. But did not see a single goal.

The start of the match was slow. As time increases, the attack edge increases. Cameroon got their easiest chance in the 30th minute. Defender Silvan Widmer cleared Martin Hongler’s shot as it eluded the goalkeeper. Meanwhile, in the 40th minute, Nico Elvedi took a nice header from the cross of Switzerland’s Ruben Vargas. Unfortunately his header went wide of the post.

Switzerland had another chance just before the half-time whistle. This time again the source was Ruben Vargas. Manuel Ekanji’s header from very close to the post goes wide.

ANJE: Dominican Republic has a good economic growth forecast for 2023