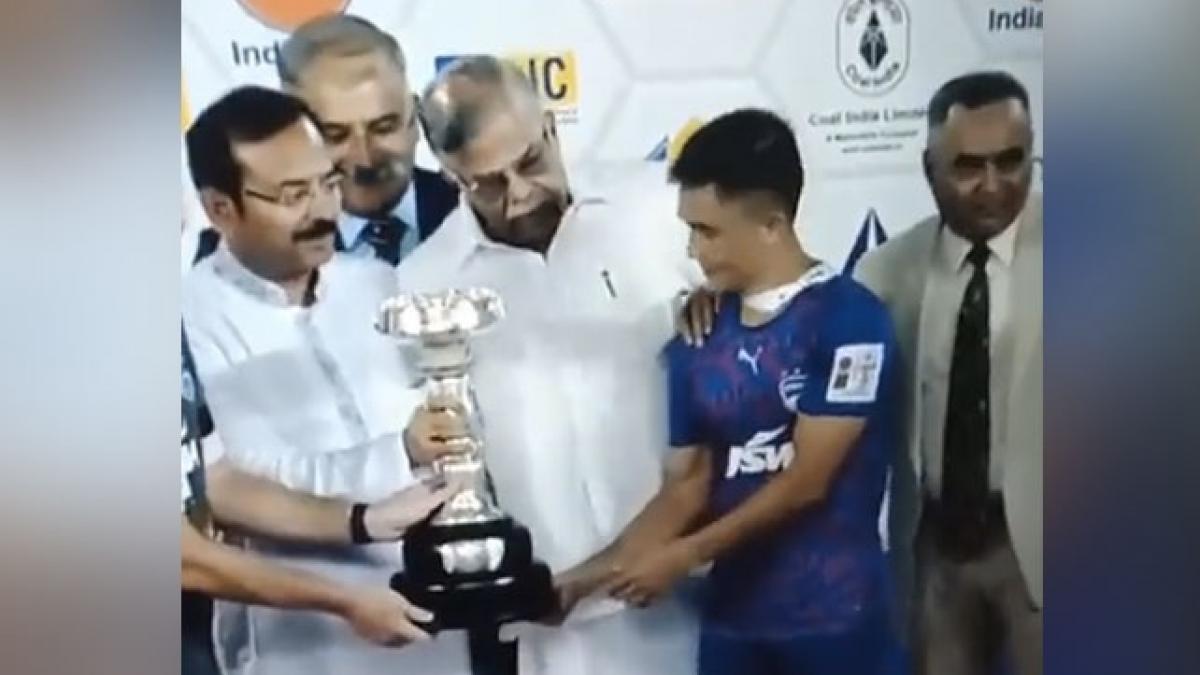 Sunil Chhetri: The Governor did Sunil Chhetri’s side for the photo, the fans got angry, Video

Bengaluru FC won in the final match of Durand Cup played at Salt Lake Stadium in Kolkata on Sunday. Bengaluru FC defeated Mumbai City FC 2-1 to win the Durand Cup title for the first time. But more discussion than this match was made by a video which is of presentation ceremony after the match is over.

Bengaluru FC captain Sunil Chhetri was present on the stage when the trophy was being handed over after the match. After this the photo session took place, the video here itself has gone viral, in which West Bengal Governor L. Ganesan is seen side-by-side Sunil Chhetri while posing for the photo. Just this part of the video has gone viral on social media, on which the fans have become furious.

This video is becoming increasingly viral, in which fans have criticized the governor. Not only fans but many celebrities have also commented on it. Commenting on the video, former cricketer and commentator Aakash Chopra wrote that it is shameful.

He owes an apology to Sunil Chhetri and Indian football#IndianFootball #IFTWCpic.twitter.com/AnbxybeoG3

What a shameless behavior
“Photo meh aanahe.. oorkya”
Respect the Player. He is not only a player. He is the Captain, Leader, Legend #SunilChhetri #Indianfootball #DurandCup #BFC pic.twitter.com/arRexnNRtZ

While some fans wrote what kind of behavior this is, he is a player. It is important to respect the player. Some fans said that they should apologize to Sunil Chhetri and Indian football.

If we talk about the match, then the goal was scored from Bengaluru itself, in the 10th minute Shivashakti scored for Bengaluru. After this a goal came from Mumbai, but after that Mumbai could not make a comeback. In the end, Alan Costa scored for Bengaluru and their 2-1 victory was decided.

Legends League Cricket: The match of Legends Cricket League was going on in Lucknow, only then the light went off in the stadium…