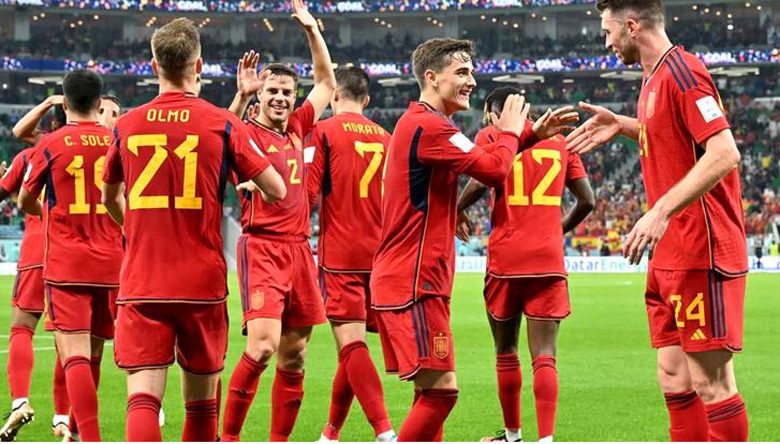 Sports Desk: Spain blew Costa Rica in their first match in Qatar World Cup. Luis Enrique’s men won by a huge margin of 7-0 goals. This is La Roja’s biggest margin of victory in World Cup history. The previous big win was 6-1 against Bulgaria in France 1998.

The two teams will face each other in the ‘E’ group match at the Al Thumama Stadium in Doha on Wednesday. Ferran Torres scored two goals for the team. Besides, Dani Olmo scored one goal each for Marco Asensio, Gavi, Carlos Sol and Alvaro Morata.

On this day, Spain played with great dominance throughout the match. The team kept 82 percent of the ball in their own positions. Besides, he made 17 shots, 8 of which were on goal. And out of these 8 goals were scored in 7. Costa Rica, on the other hand, could not make a single significant shot.

Spain had a great opportunity in the fifth minute of the match but could not use it. However, Olmo gave the team the lead in the 11th minute. Taking control of the ball with his first touch from Gavi’s pass, he eluded the onrushing goalkeeper Keylor Navas and found the net.

At the same time, Spain achieved a great feat. Ra Rohara became the sixth team to score 100 goals in the World Cup. The team sat alongside Germany, Brazil, Italy, Argentina and France.

Asensio then doubled the lead in the 21st minute. Jordi Alba found Asensio in the D-box from midfield. Real star scored the goal from there.

Spain gets a penalty after Alba is fouled. From there, Tares scored the team’s third goal with a successful spot kick in the 31st minute of the match.

Spain became more aggressive after the break. Where Torres completed the double goal in the 54th minute. And in the 74th minute, Gavi opened the goal book. Soler scored in the last minute of the scheduled time. And in the second minute of added time, veteran Morato put the final nail in Costa Rica’s coffin.