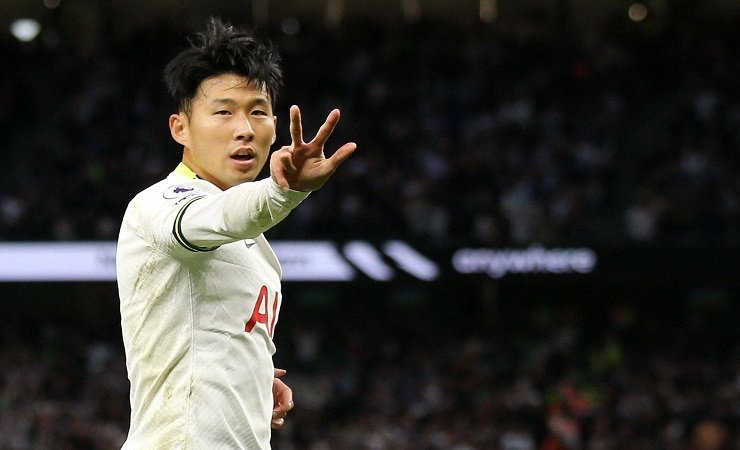 Tottenham’s South Korean star footballer Son Hiuen Min was not in the eleven against Leicester City in the English Premier League. After playing as a substitute, he picked up a hat-trick in just 13 minutes. And Tottenham, who is number two in the points table, won the match with a big margin of 6-2 goals.

In the match held at the home ground, Tottenham dominated the attack even though they were a little behind in possession of the ball. But still the hosts fell behind in the sixth minute of the match. However, captain Harry Kane equalized two minutes later.

The first half saw two more goals. In the 21st minute, the team’s English star footballer Eric Dier gave Tottenham the lead. The hosts were going into the break with a 2-1 margin. But in the 41st minute of the match, the visiting Leicester City equalized with James Maddison’s goal.

And after the break, Tottenham Hotspur went ahead once again with Rodrigo Bentenqueur’s goal.

Then there is the son reign. During the 59th minute of the match, Richarlison was picked up and brought to the field. He had to wait 14 minutes for the first goal after entering the field. Then scored two more goals in the next 12 minutes. The Korean star, who had not seen a goal in the previous six matches, scored three goals in one match against Leicester.

At the same time, Son made a unique record of becoming the first player in the history of Tottenham to score a hat-trick from the bench without being in the starting eleven. After winning the match of his hat-trick, Tottenham moved up to second by sending Arsenal to third place with 17 points in seven matches.

Buildings and roads collapsed after the 6.8 magnitude earthquake in Taiwan, wagons derailed