Siam’s wife opened up about the video of Soonerah 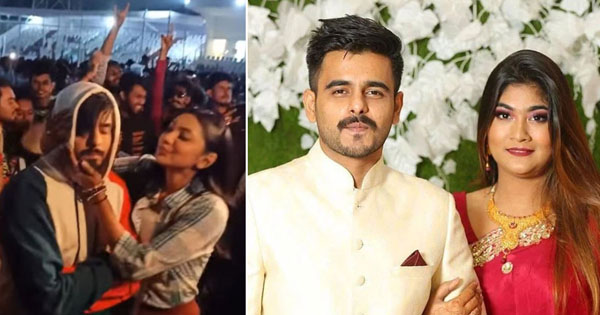 Entertainment Desk: The video of actors Siam Ahmed and Sunerah Binte Kamal kissing and slapping has spread on social media. Floating on different IDs and pages. Even after knowing that it is part of the movie shooting, many people are commenting negatively. Making dirty gestures.

Now Siam’s wife Shammi Rushafi Avanti opened up about the video. He said, ‘Siam and Sunerah are very good friends of each other, Sunerah is also a very good friend of mine.’

Ever since the video went viral, Avanti has been facing various questions. Many people want to inform him quietly in the inbox about this. Later, he stated his position with a post on the net world. He wrote, ‘No one has kissed in love, nor slapped in anger.’

Avanti says, my inbox is flooded with messages. Notifications stopped showing due to extra tags.

He also writes, “However, it looked so real, it took me a few seconds to comprehend the scene!”

Earlier on Wednesday (November 23) ‘Taruner Bangladesh Concert’ was held at the capital’s Army Stadium. Rock star James was performing there. At that time, the movie ‘Antarjaal’ was being shot there with the special permission of the authorities. In one scene, Siam Ahmed was enjoying a concert when a young woman suddenly came and kissed him. And immediately the actor slapped the girl. Pushed away. Then the girl left from there.

It is known that this was how shooting was being done for a scene in the movie. Someone posted the video of the shooting on social media on Wednesday (November 23) night. Which is now viral.