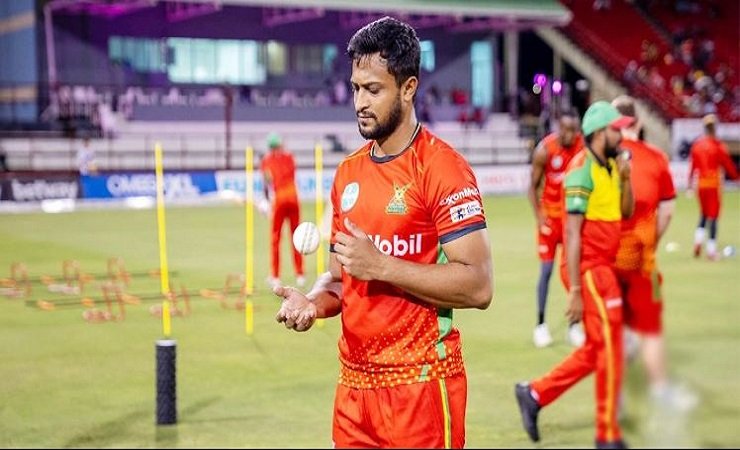 Shakib’s golden duck with the bat, but the team won

The world’s best all-rounder Shakib Al Hasan played for the Amazon Warriors of Guyana in the Caribbean Premier League (CPL) for the first time on Wednesday night. Although the team did not get any runs with the bat, they got a win. Shakib’s team scored 178 runs at the start of batting. In response, Jamaica Talawas’ innings stopped at 162 runs.

Jamaica needed 61 runs in the last 5 overs to chase the runs. 6 wickets in hand. In this situation, Shakib gave only 2 runs in his last over. Fabian picked up Alena. That’s when Guyana smelled victory. But Brendan King put up a fight. When Jamaica needed 20 in the last over, King hit a six on the first ball. He took the century off 64 balls.

But in the end, King could not win the team. He made 104 off the third ball before being run out. After that, Jamaica lost 2 more wickets in two consecutive balls and were reduced to 166 runs. Shakib took 1 wicket for 30 runs in 4 overs. Odion Smith took 2 wickets for 26 runs in 1.5 overs.