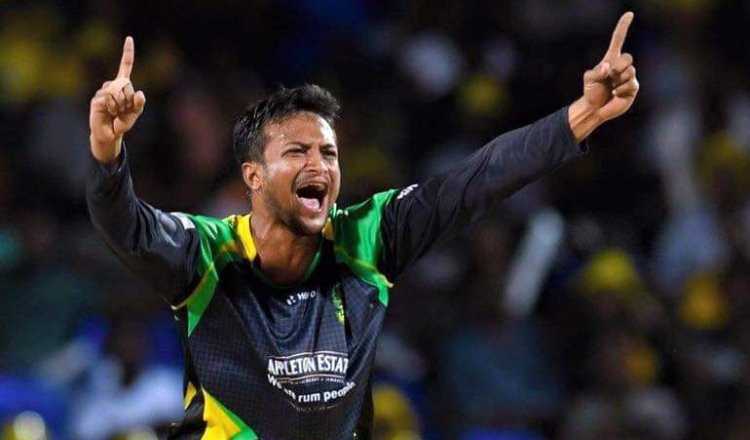 Shakib Al Hasan, the captain of the Bangladesh T20 team and the world’s best all-rounder, cannot find himself with the bat in the Caribbean Premier League (CPL). This tiger cricketer played golden duck in the second match after the first match of this year’s CPL. But he got two wickets with the ball.

St. Lucia Kings captain and opener Faf du Plessis played brilliantly with the bat at the beginning of the match. He scored a century with the bat. Scored 103 runs in just 59 balls with 10 fours and six sixes. Besides, Niroshan Dikwela scored 36 runs off 32 balls. As a result, 194 runs for 5 wickets in 20 overs.

Shakib Al Hasan has done four overs with the ball. Economy in high-scoring matches was 8.25. He took two wickets at the cost of 33 runs. Besides, three bowlers took one wicket each for Guyana Amazon Warriors.

Meanwhile, Guyana got off to a good start with the help of two openers chasing runs. 81 runs came from the opening pair. Chanderpaul Hemraj was dismissed for 29 runs off 20 balls. Rahmanullah Gurbaz and Sai Hope continued to play brilliantly in the second wicket pair. Both meet at fifty. Shakib came to the crease when Gurbaz was out for 52 runs off 26 balls. He returned to the dressing room with the first ball.

Samsung shamelessly copies one of the main functions of iOS 16