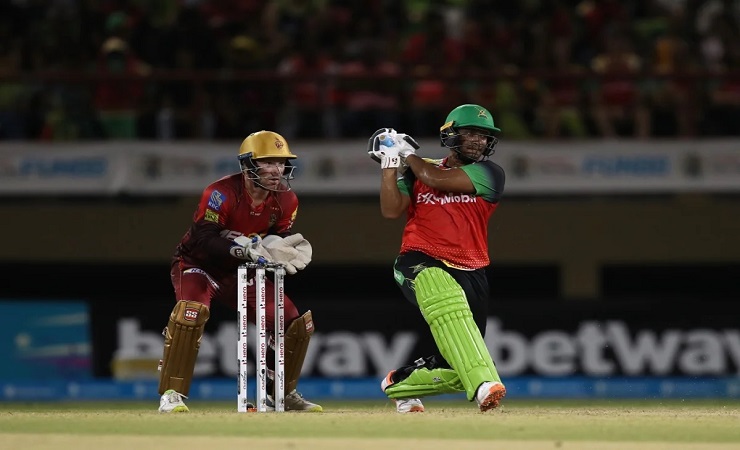 World’s best all-rounder Shakib Al Hasan has come as a blessing for Guyana Amazon Warriors. Before joining the team, Shakib played 6 matches and won only one match. So Guyana was afraid of being knocked out of this tournament. But after Shakib joined the team, the franchise is sure of the playoffs after winning three matches in a row.

Guyana did not start the match well. Chanderpal Hemraj returned with 4 runs and Sai Hope returned with 14 runs. Rahmanullah Gurbaz and Shakib Al Hasan continued to bat brilliantly for the third wicket. 60 runs come from this pair. Gurbaz was dismissed for 60 runs after completing his half century. On the other hand, Shakib returned with 35 runs off 25 balls. Then Shepherd was out for 6 runs and Hetmyer was out for 23 runs. Odier Smith remained unbeaten on 22 runs off just 7 balls.

Chasing runs, Knight Riders could not even fight against Shakib’s bowling cannon. Except for Colin Munro’s 30 and Summit Patel’s 34, no one could play an innings worth mentioning. Neither Pollard nor Russell got big runs on the day. Narine scored 19 runs at the end of the match. It has only reduced the rate gap. In the end Guyana Amazon Warriors won by 37 runs.

After the bat, Shakib also played the field for Guyana with the ball. He took 3 wickets with 20 runs in 4 overs. Explained that he is unique. Besides, Imran Tahir took 2 wickets.