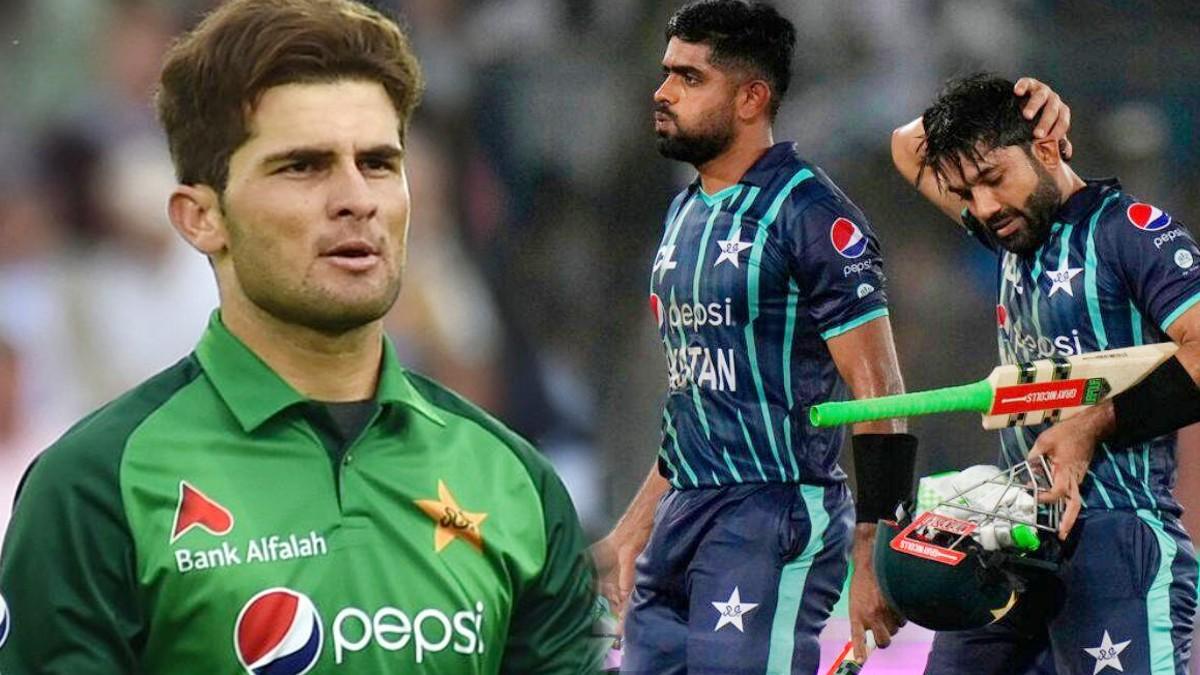 Shaheen Shah Afridi on Babar Azam and Mohammad Rizwan: Pakistan cricket team defeated England by 10 wickets in the T20 match played in Karachi on Thursday (22 September). With this, the three-match series was leveled at 1-1.

In the match, the England team had given a target of 200 runs. In response, captain Babar Azam and wicket-keeper batsman Mohammad Rizwan made a splash with the bat. Pakistan team won the match by scoring 203 runs in 19.3 overs without losing any wicket. After the match, injured star fast bowler Shaheen Shah Afridi, who was out of the team, made a tweet.

This tweet of Shaheen is becoming quite viral, in which he called Babar and Rizwan as mean players. Shaheen said that now is the time to get rid of Babar and Rizwan. That is, both of them should be thrown out of the team. Why did Shaheen tweet this, you will get the answer in the last line after reading her entire post.

Afridi wrote in the post, ‘I believe now is the time to get rid of Captain Babar Azam and Mohammad Rizwan. Both are such Sailfish players. If played properly, the match should have ended in 15 overs. He took them till the last over. Let us start a movement regarding this. Isn’t it?’

I think it is time to get rid of Kaptaan @babarazam258 and @iMRizwanPak, Itne selfish players. Agar sahi se khelte to match 15 overs me finish hojana chahye tha. Ye akhri over tak le gaye. Let’s make this a movement. Nahi?

The secret of the tweet opened in the last line

If someone reads such a message from Shaheen Afridi, then he will be surprised that what is Shaheen saying. People will really feel that there is a rift in the Pakistan team. But under this also Afridi has written a line, which clears the whole message.

Shaheen wrote at the end of his post, ‘Proud of this wonderful Pakistani team.’ This simply means that Shaheen was giving a befitting reply to the critics who were questioning the strike rate of Babar Azam and Rizwan. Since the Pakistan team completely rests on the shoulders of Babar-Rizwan. In such a situation, both these players come to the opening and take the responsibility of staying till the end of the match.

Babar-Rizwan’s strike rate was more than 150

Let us inform that in the match against England, Babar Azam played an innings of 110 not out off 66 balls. This was his second century in T20 Internationals. Babar hit 5 sixes and 11 fours.