Serbia stopped Brazil in the first half 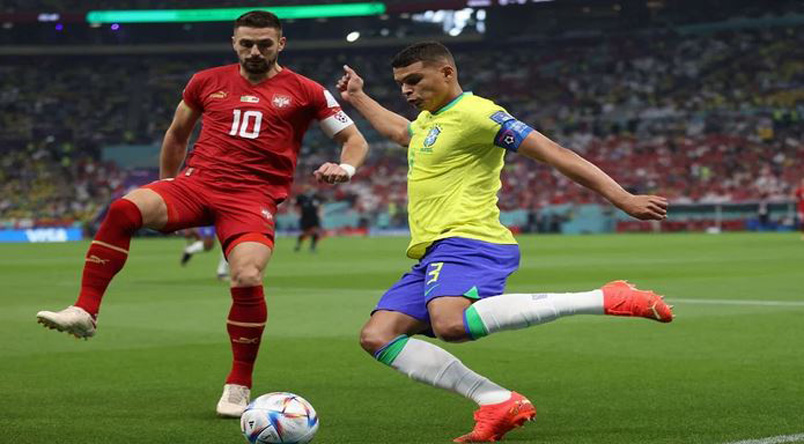 SM Faisal Shamim: Sports desk: Brazil and Serbia, the two teams of Group G, are going to play their first match in Qatar World Cup. The match at Lucille starts on Friday (November 25) at 1pm.

Tite disciples kept Serbia under pressure from the beginning of the match. With one attack after another, they distracted the Serb defense. In the 5th minute, Pavlovic saw a yellow card for fouling Neymar. At that time, Brazil was quite ahead in the fight for possession of the ball. Serbia got the first opportunity to test Brazil’s defense in the 26th minute. But, Alison Baker did not give any chance to the opponent.

And within a short time, Vinicius Jr. missed the chance of a certain goal for a little while in the 27th minute. Rafinha missed another easy chance in the 35th minute. Only Serb goalkeeper Milinković Savić was in front of him. He didn’t have to have the speed to block Rafinha’s weak shot.

Vinicius Jr. missed another clear chance during the 40th minute of the match. Then came the attack-counter-attack. However, the first half ended 0-0 as neither team found a goal.