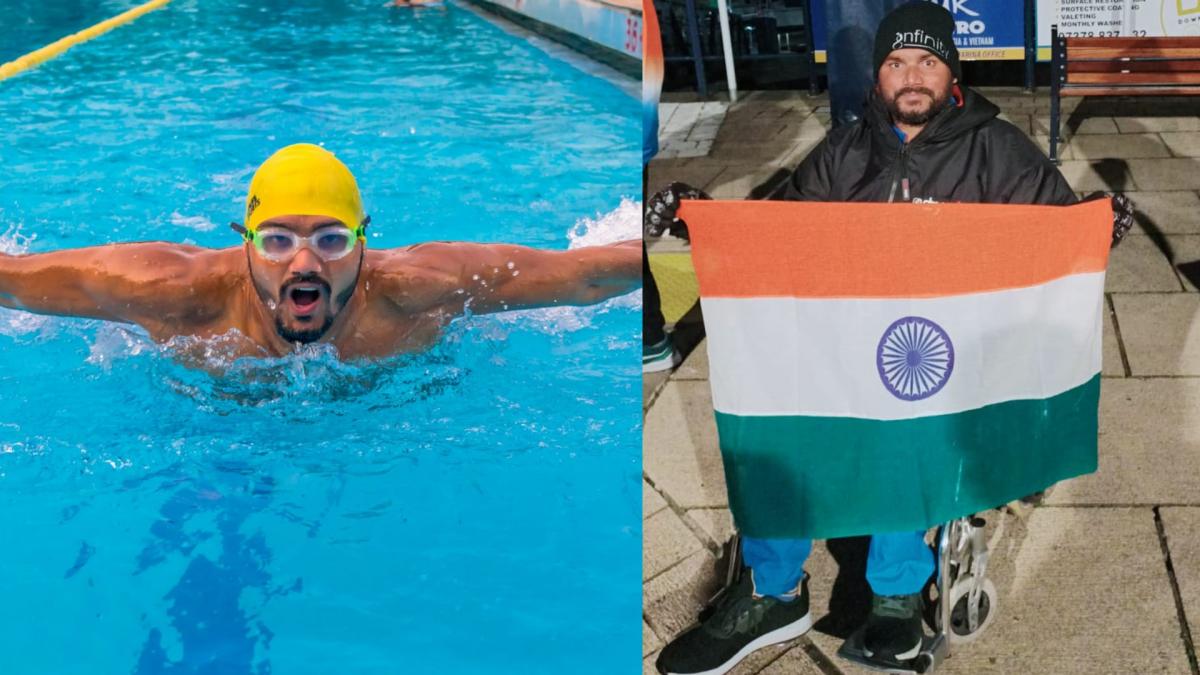 ‘If you have guts and courage, every goal can be achieved’, says Madhya Pradesh’s Divyang swimmer Satendra Singh Lohia, who has created history for India. Satendra Singh who is 70 percent disabled in both the legs. He has set an Asian record by crossing the North Channel along with his other 3 teammates. Satendra crossed the 36 km long North Channel in 14 hours 39 minutes with his team in Northern Ireland on Tuesday evening, 20 September.

Vikram Awardee (2014) Satendra Singh Lohia said in a special conversation with aajtak.in, ‘We started swimming in the North Channel sea at 6:31 am (11.00 Indian time) in Northern Ireland. It was a 36 kilometer swim between Portpatrick, North Ireland and South West Scotland. It is the coldest of all the channels in the world. The temperature here remains around 12 degrees. This is the biggest feature of this channel. This is our team’s first Asian record. Its water is much colder than the English Channel.

35-year-old Satendra Singh, a resident of Gata Mehgaon Bhind (Madhya Pradesh) of Bhind, says, ‘If you have courage and courage, every place can be achieved. I was fond of swimming since childhood. As a child with 70% disability, I could barely walk with both legs, then I started swimming in the village’s Wesli river after finishing school.

Satendra said, ‘Because of being handicapped, some people of the village used to taunt them, but instead of getting disappointed, I decided that I would never allow disability to become a hindrance in my path. In 2007, when I came in contact with Dr. VK Dabas, he motivated me for para swimming, this gave a new direction to my life.

Satendra Singh won bronze for the first time in 2009 at the National Paralympic Swimming Championship in Kolkata. He says, ‘This victory inspired me so much that I won 24 gold medals one after the other in the National Paralympics. Then in June 2018, he swam across the English Channel (36 km) through his Para Relay team, which is in England. After this, America’s Caitlyn crossed the channel in August 2019 and thus continued to grow again.

How much preparation did you do before swimming in such cold waters of the North Channel? About this, Satendra says, ‘We started training from September 1, 2022 in the city of Donagadi, England. We completed 15 days of training with our team by 17th September. In my team, Manjit Singh was from Haryana, while one swimming was from Kolkata and 3 from Tamil Nadu. The temperature of the North Channel remains around 10 to 12 degrees and for this we took care of our diet along with practice. Along with exercise, my fitness mantra is meditation. I meditate for about an hour every day which helps me to focus.

Let us inform that Satendra has achieved three medals with one gold in the Paralympic Swimmer Championship at the international level. In 2014, the Government of Madhya Pradesh honored him with the Vikram Award. Satendra has also received the ‘Best Disabled Player’ award on 3 December 2019 and Tenzing Norgay National Adventure Award in 2020 on the occasion of World Disability Day. This award has been given to a disabled para swimmer for the first time. Apart from Prime Minister Narendra Modi, the then President Ram Nath Kovind has also appreciated him.