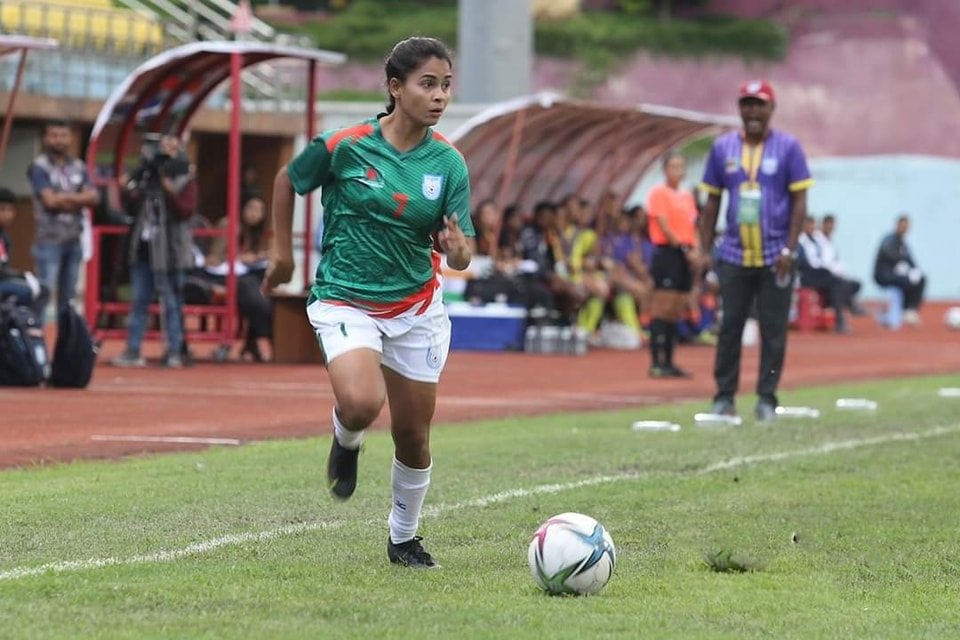 The girls of Bangladesh maintained the pressure from the beginning of the final match to decide the title. In the 13th minute, he got the desired first goal. Shamsunnahar Junior gave Bangladesh the lead. Krishna Rani Sarkar doubled the gap in the first half. Both teams scored one goal in the second half.

Last Sunday, Sanjeeda posted a post on her official page on the social media Facebook. It went viral in no time. At the same time, this 22-year-old star footballer is floating in praise.

Sanjida Akhter wrote, ‘Bangladesh in the final of the Saf Women’s Championship for the 2nd time. I played the final for the first time in 2016. We lost against Sebar India. We came to the podium 5 times, 1 time runner-up, 3 times semi-final and 1 time we left the group stage.

Talking about winning the title for the people of Bangladesh, Sanjida wrote, ‘We want to win it for all the dreamers who are eager to embrace this dream of ours. We would like to repay the absolute support. While not standing with the trophy in the open-top champion bus, let’s leave society’s tip-off aside to win it for the people who have helped us touch the green grass. This success of ours may help us to get some new Sabina, Krishna, Maria. I want to make this road of Anuj’s friend easier.

My house is near the mountain. I have seen from close quarters the fighting mentality of the mountain brothers, the unyielding attitude of the poor and hardworking people of rural Bengal towards life. In the final, we will not be fighting as a footballer, there will be a team of 11 players, many of whom have come so far losing their fathers, taking the last possessions of their mothers, selling their sister’s ornaments, many of them being the only source of income for the family.

We are used to fighting the battle of life. Will fight till the last minute for supremacy in South Asia. Victory – defeat is in the hands of God. But believe us, we will not make any mistakes in our efforts, inshallah. Pray for us.’

It should be noted that the undefeated champion in this tournament is the Bangladesh women’s team.