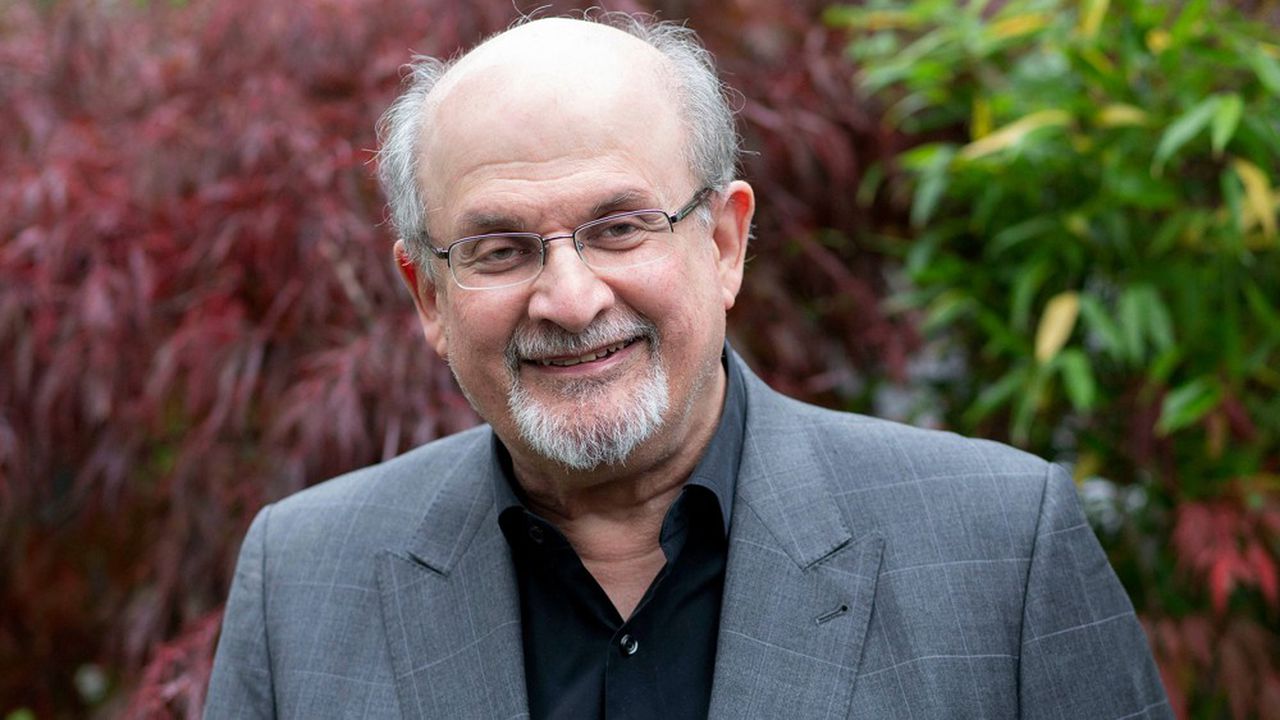 Salman Rushdie was about to speak at a conference at the Chautauqua Institution, a cultural center in upstate New York when a man rushed onto the stage and walked away. taken from the writer. He attacked the British author in the neck with a knife, according to a statement from the New York State police.

Taken care of immediately, the 75-year-old writer was airlifted to a hospital and transferred to an operating theater, where he underwent surgery, said his literary agent, Andrew Wylie. No precise information on his state of health has been officially communicated. He is alive and “receiving the care he needs,” said the governor of New York State.

The alleged attacker was arrested by New York law enforcement and immediately taken into custody. The interviewer, who was near Salman Rushdie at the time of the attack, was only slightly injured.

Threatened with death since the 1980s

His book “The Satanic Verses” made Salman Rushdie the target of a fatwa from Iranian Ayatollah Rouhollah Khomeini in 1989, because he considered it to be blasphemous. His successor, Ayatollah Ali Khamenei, had repeated the sentence several times, the last time in 2015. Since then, the Briton, who lived as a recluse and under constant protection until recently, was regularly the subject of death threats.

Khomeini’s fatwa was never lifted. The 15 Khordad Foundation, close to the mullahs’ regime, had thus put a price on the head of Salman Rushdie for 2.8 million dollars, a figure increased to 3.3 million in 2012.

During the 1990s, several of Rushdie’s translators or editors were also targeted. In July 1991, Ettore Capriolo, the Italian translator of “Satanic Verses”, was seriously injured in an attack. The Japanese translator, Hitoshi Igarashi, was killed by several stab wounds. In 1993, the book’s Norwegian editor, William Nygaard, was shot three times in the back. That same year, the Turkish translator, Aziz Nesin escaped an arson attack that killed 37 people.

Many high-profile personalities reacted to the writer’s aggression. I am “appalled that Sir Salman Rushdie was stabbed while exercising a right we should never stop defending,” Boris Johnson said on Twitter. MEP Guy Verhofstadt meanwhile described the attack as “shocking”. The president of the Renaissance group in the Assembly, Aurore Bergé, described Rushdie in a tweet as “the very expression of freedom, he is its face, its voice, its interpreter” despite “the incessant threats”.

Symbol of freedom of expression

“My problem is that people continue to see me through the sole prism of the fatwa,” Salman Rushdie once said, a free thinker who wants to be a writer, not a symbol. However, with the rise of radical Islam, this image as a symbol of the fight against religious obscurantism and for freedom of expression has never ceased to stick to his skin. To the point, moreover, of being ennobled by the Queen of England in 2007, to the chagrin of Muslim extremists.

Author of one, fifteen novels, stories for youth, short stories, and essays, he had told in his memoirs, “Josef Anton”, published in 2012, the rocker of his life. Forced to live in hiding and under police protection, he called himself Joseph Anton, in homage to his two favorite authors, Joseph Conrad and Anton Chekhov. “I am gagged and imprisoned”. I would like to play soccer with my son in the park. Ordinary, banal life, an inaccessible dream for me, ”he wrote then.

But, in 1993, tired of being “an invisible man”, the author of Indian origin multiplied his trips and public appearances while remaining under the surveillance of the British government. Settled in New York, he had begun to resume a more or less normal life while continuing to defend, in his books, satire, and irreverence.

Response from Finland to President Erdogan’s membership refusal: If Sweden does not exist, neither do we

Kılıçdaroğlu was harsh with President Erdoğan: Stop distracting the EYT members, the people are tired of your election games