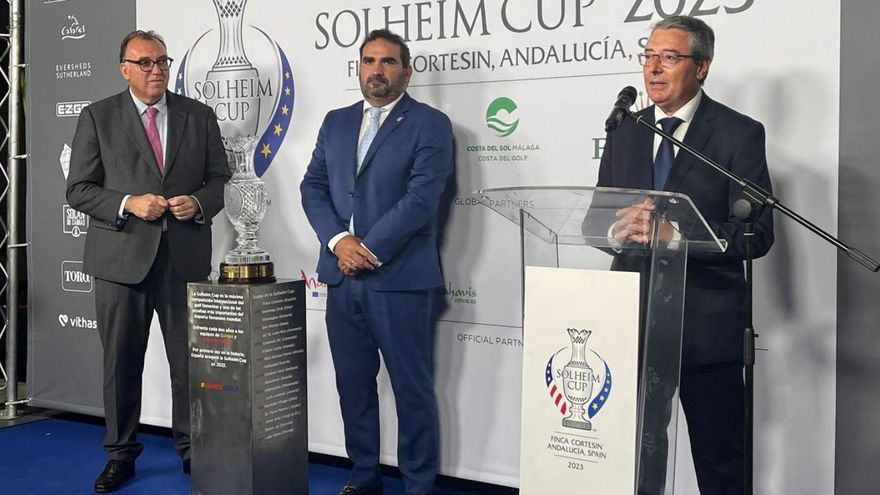 The president of the Diputación and Tourism Costa del Sol, Francisco Salado, attended the acts of the ‘One Year To Go’ with which the countdown begins for the most important women’s tournament in the world: the Solheim Cup. The Costa del Sol will be the golf capital of the world in 2023 and, with a year to go before the competition is held, more than 20,000 tickets have already been sold. So the show is guaranteed.

Salado was part of the different acts that mark the beginning of the countdown to the tournament, such as a tournament on hole 1 of Finca Cortesín, in which he has participated Suzanne Petersoncaptain of the European Solheim Cup team. The countdown was also started.

“Now we can say that the dream has come true and is getting closer,” said the president of the Costa del Sol Provincial Council and Tourism, who also expressed his satisfaction with the fact that this event comes at a “time sweet”, after the balance of a summer that has placed the Costa del Sol destination on the path to consolidation.

Salado added that the Solheim Cup “confirms the destination’s leadership in the golf segment and the culmination of a cooperative project on which many institutions have been working for years.” In addition, he underlined the opportunity that holding this tournament represents to strengthen the position of Costa del Sol as a tourist destination and strengthen the commitment to women’s golf.

From this moment on, the Costa del Sol steps on the accelerator to host the most important women’s golf event in the world, the Solheim Cup, the tournament that will bring together the elite of women’s golf from Europe and the United States in Finca Cortesin in September of next year.

This tournament will be held for the first time on Spanish territory, which is the most important women’s golf event in the worldwhich takes place every two years and pits the best European and American players against each other in a match-play format.

The women’s version of the Ryder Cup It will be held from September 18 to 23, 2023. “We are very proud that an event of this magnitude will once again make Costa del Sol the center of attention around the world,” said Salado.

Rayados will have vacations before closing the tournament