Ronaldo made history by scoring in the World Cup in Qatar 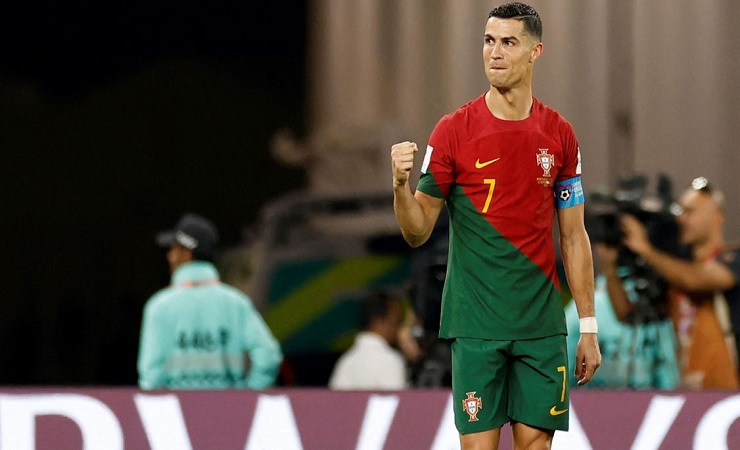 Cristiano Ronaldo, one of the best stars of the time, scored a goal in his first match against Ghana in the 22nd edition of the FIFA World Cup held in Qatar. And through this the CR Seven famous footballer made history. Ronaldo became the first footballer in the world to score in five consecutive World Cups.

Playing against Ghana, Portugal dominated ball possession and attack. But even then we have to wait till the 65th minute to see the first goal. The referee whistled for a foul if Ronaldo was illegally blocked inside the D-box. As a result, the Portuguese got a penalty. Team leader Ronaldo led the team by scoring from the penalty with a cool head. That’s why he made his name in history.

Ronaldo played for the first time in the 2006 World Cup in Germany. Cristiano Ronaldo is the only player to score in 5 consecutive World Cups including 2010, 2014, 2018 and lastly 2022 World Cup. In total, his number of goals in the World Cup stood at eight.

Notably, Portugal won a thrilling 3-2 against Ghana. And with this victory, the Portuguese are at the top of the table with full three points. Uruguay and South Korea managed to get 1 point each. With no more points, Ghana remained at the bottom.