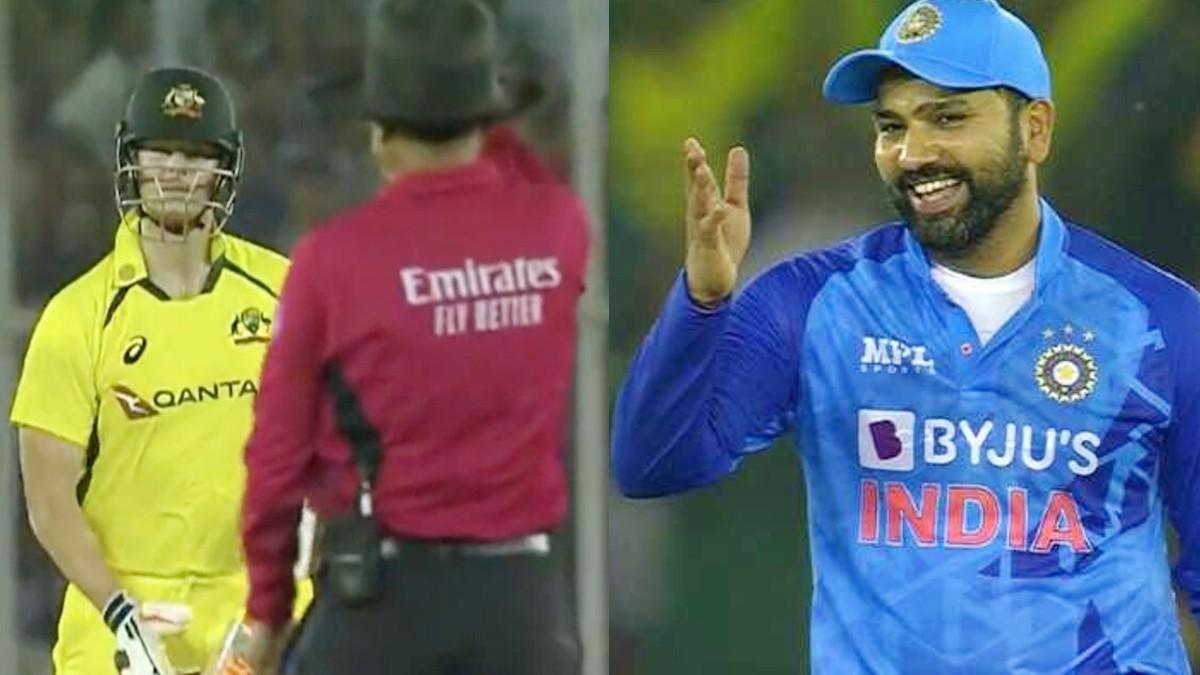 Rohit Sharma Steve Smith: The Australian team opened the account by winning the three-match T20 series against India. The first match of the series was played in Mohali on Tuesday (September 20). In this match, the Indian team lost by 4 wickets due to poor fielding and bowling.

While chasing the target of 209 runs in the match, there was a time during the Australian innings, when former captain Steve Smith was out for foul. The ball went into the hands of the wicketkeeper after taking the edge of his bat, but Smith remained frozen at the crease.

The on-field umpire also did not give out. Smith kept on refusing that he is not out. Then Indian team captain Rohit Sharma decided to take DRS. Then it was seen in the replay that the edge of the bat was hit. Then the third umpire declared Steve Smith out. Even after this, Steve Smith was there that he was not even taking the name of leaving the crease.

Seeing this matter, Rohit Sharma also got angry and he gestured and asked Steve Smith to go out. A video of this is also becoming quite viral on social media. Commenting on this, users are also calling Smith dishonest. One user wrote, ‘It should be named Cheater from Smith, because doing it is only cheating.’

Actually, this incident happened in the 12th over during the Australian innings. Smith was caught by wicketkeeper Dinesh Karthik on the third ball of fast bowler Umesh Yadav. Despite the first appeal, the on-field umpire declared not out, then Karthik and Umesh expressed confidence, then Rohit Sharma took DRS. In this, Smith got out. Smith was dismissed after scoring 35 runs.

In the match, the Indian team, batting first, after losing the toss, scored 208 runs. All-rounder Hardik Pandya played a powerful innings of 71 runs in 30 balls. During this he hit 5 sixes and 7 fours. While KL Rahul scored 55 runs in 35 balls.

In response to the target of 209 runs, the Australian team won the match by scoring 211 runs for 6 wickets. Also took a 1-0 lead in the series. All-rounder Cameron Green played a match-winning innings of 61 runs off 30 balls. While wicketkeeper Matthew Wade scored 45 not out.

The challenges facing Latin America, to be debated at the Global Forum in New York