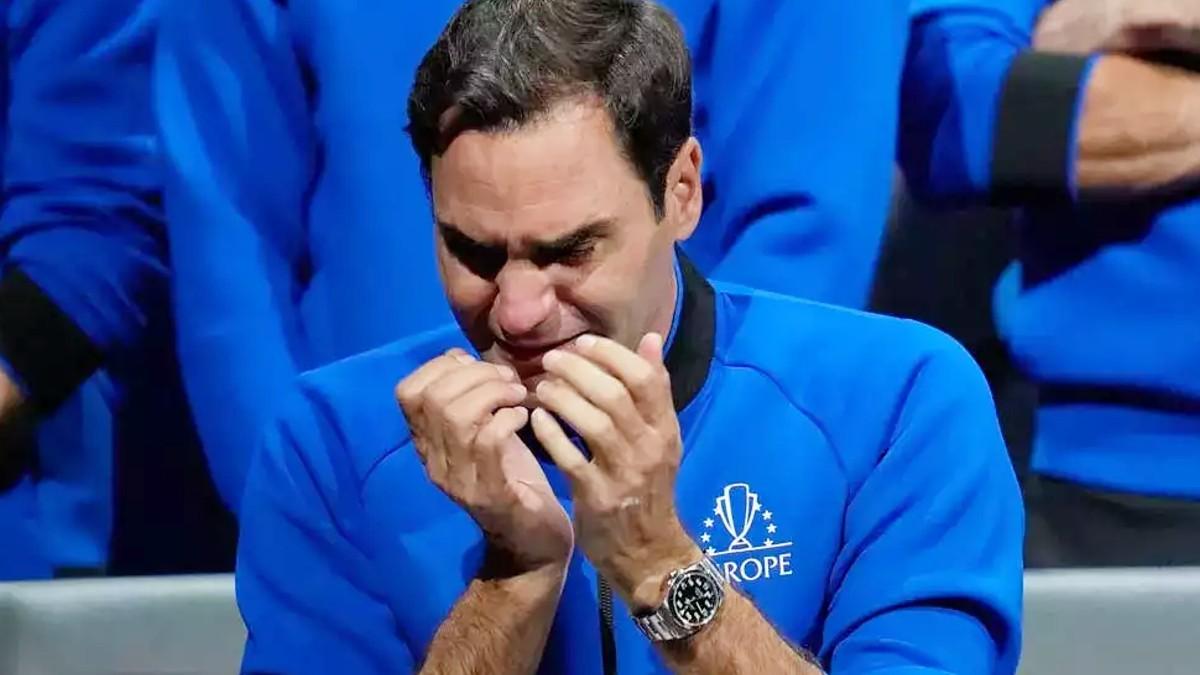 Roger Federer, played in London, could not win the last match of his career. He met Frances Tiafo and Jack Sock of America, in which they lost 4-6, 7-6(2), 11-9. After the match, Federer had an emotional farewell.

A video went viral on social media, in which it can be clearly seen that Federer’s eyes shed tears after his last match. He was seen sobbing and crying. During this, apart from Nadal, Serbia’s star player Novak Djokovic also appeared with him. Along with this, many star players were also there. Federer hugged all of them and said goodbye to tennis.

Roger Federer won his last Grand Slam title at the Australian Open on 28 January 2018. Then he defeated Marin Cilic of Croatia in the title match. At that time he became the first male player to win 20 Grand Slams. However, later this year Rafael Nadal broke his record.

After that title, the effect of age on Federer began to be clearly visible and his form declined. Due to injury, Federer could not participate in a single Grand Slam this year. The last time Federer took part in the 2021 French Open.

Federer announced his retirement from tennis by sharing a social media post on 15 September this month. He had said that at the age of 41, he feels that the time has come to leave it.

Fedor wrote, ‘I am 41 years old. I have played more than 1500 matches in 24 years. Tennis has treated me more generously than ever before and now I have to recognize when this is the end of my competitive career.