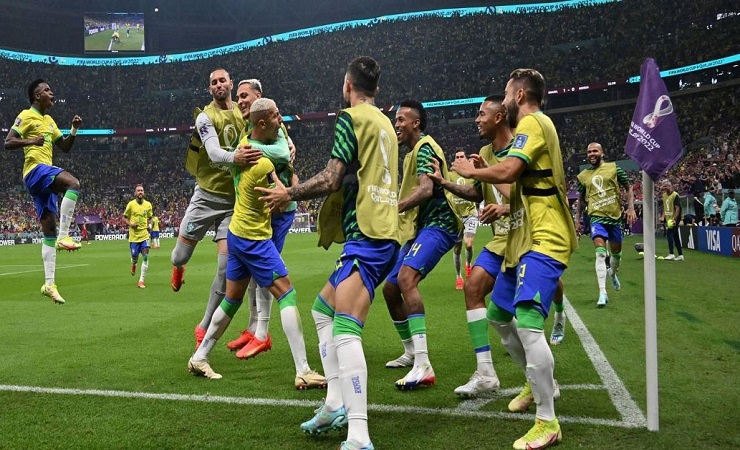 From the beginning of the match, Brazil was playing football in a bad way. But the desired goal was not met. Finally Vinicius made a pair of assists. And the team striker Richarlison sent the ball to Serbia’s net twice. That’s why the five-time world champion Brazil got off to a good start by beating Serbia 2-0 in the World Cup in Qatar.

In their first match in the group stage, Brazil did not care about Serbia in possession and attack. In the entire match, Tit’s disciples were able to keep the ball to themselves 59 percent of the time. And Serbia took a total of eight shots along the goal. A total of two goals were scored.

On the other hand, Serbia managed to keep the ball for only 41 percent of the entire match. But despite taking four off-target shots, the European team could not take even one on-target shot along the Brazilian goal. No goal came as a result.

In the 13th minute of the match, Neymar shot directly at the goal from the corner. Goalkeeper Vanja Milinkovic-Savic made a great save. However, the first shot on goal of the match came in 21 minutes. Vanja had no problem stopping Neymar’s shot. Vinicius received Thiago Silver’s pass in the 28th minute. However, Vanja Milinkovic-Savic stopped it by coming forward from the goal line.

In the 35th minute, Rafinia got a great chance and sat a little inside the box. But he wasted that chance with a weak shot. In the 41st minute, Selasaora got a chance because of the Serbian defense. Nikola Milenkovic delivered the ball to the feet of Vinicius. The first half ended goalless.

After the first half of the match, Neymar-Vinicius became desperate for goals in the second half. In that case, the Brazilians got the desired goal in the 62nd minute of the match. Richarlison got the ball but the Serbian goalkeeper stopped the strong shot taken by Vinicius Junior. He gently sent the ball into the opponent’s net.

Ten minutes later Richarlison, wearing the number seven jersey, doubled the lead with a superb bicycle kick. At this time, Vinicius Jr. crossed from a little distance from the D-box. Richarlison scored it from inside the box. After that, the five-time world champions left the field with a 2-0 victory if there were no more goals in the match.