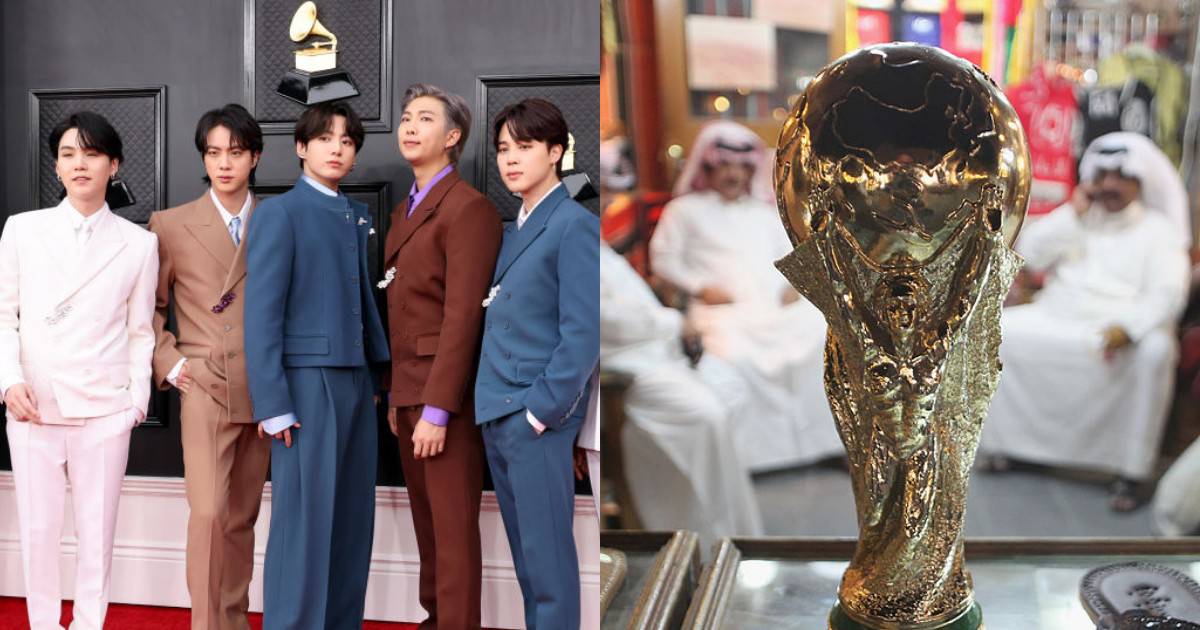 The Qatar 2022 World Cup could have one of the great sensations of music at the international level.

This after it has been reported that the South Korean band BTS will be present at the opening of the World Cup.

According to Information from Marca Newspaper, this group would be considered, this after being part of one of the World Cup songs. Hyundai’s ‘Goal of the Century’ was the feature that included the band as part of the World Cup campaign.

The South Korean band, which is made up of Kim Nam-joon, (RM), Kim Seok-jin, (Jin), Min Yoon-gi (Suga), Jung Ho-seok (J-hope), Park Ji-min (Jimin ), Kim Tae-hyung (V) and Jeon Jung-kook (Jungkook), would have their first appearance in a sporting event of such magnitude.

It should be remembered that this band has dozens of Billboard awards, sales records, and even some Guinness records.

The 2022 Qatar World Cup will begin on November 20, with the duel between the local team and Ecuador.