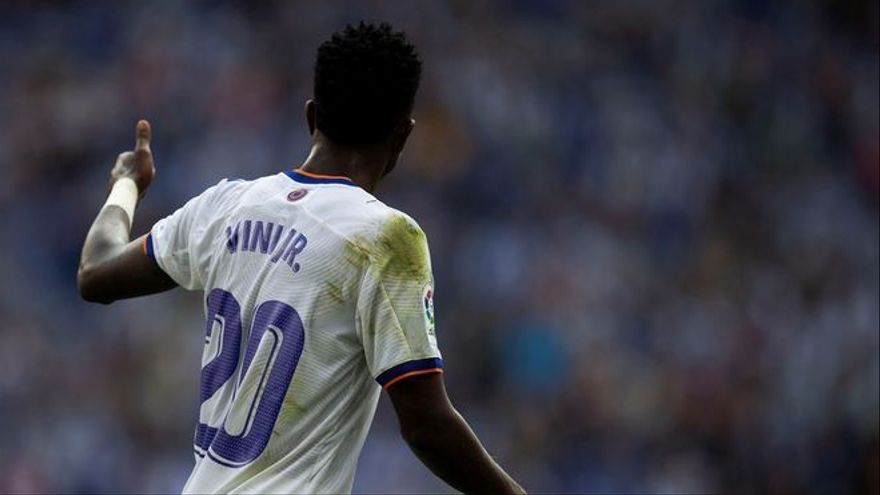 Real Madrid comes out in defense of Vinicius

Real Madrid has shown this Friday his rejection of the “regrettable and unfortunate” comments against his player Vinicius Júnior, insisting that the Brazilian understands football as “an attitude towards life based on joy, respect and sportsmanship”, according to a statement from the white entity.

“Real Madrid CF rejects all kinds of expressions and racist and xenophobic behavior in the field of football, sport and life in general, like the unfortunate and unfortunate comments directed in recent hours against our player Vinicius Junior,” the club said in a statement.

Pedro Bravo just called Vinicius a monkey.#ChiringuitoDerbi
Should you stay in the program?
🔃 Yes
❤️ Not pic.twitter.com/i1imkCGXjr

the brazilian striker he was harshly criticized for his goal celebrations dancing on the pitch, even the captain of Atlético de Madrid, Koke Resurreción, who will face Real Madrid this Sunday in the derby, commented that “There would be trouble, if Vinicius dances”.

Faced with this situation, Real Madrid showedor “all his love and support for Vinicius Junior, a player who understands football as an attitude towards life based on joy, respect and sportsmanship”.

“Football, which is the most global sport that exists, must be an example of values ​​and coexistence”, The Madrid club stated in the statement, which it settled by assuring that it has instructed its legal services to “take legal action against anyone who expresses racist expressions” towards its players.

The Bank of Russia cuts the interest rate by half a point, to 7.5%