The result of Gujarat Vidhansabha 2022 has come in front of everyone. The Bharatiya Janata Party (BJP), which has been in power in Gujarat for 27 years, performed brilliantly in the elections and captured 156 out of 182 seats. After these results, BJP will remain in power in Gujarat for the next five years. If seen, BJP has secured more than one hundred and fifty seats for the first time in Gujarat, which is very special for this party.

Many big faces won in the Gujarat assembly elections. It also includes the name of Team India’s star cricketer Ravindra Jadeja’s wife Rivaba Jadeja, who has won from Jamnagar North seat. Rivaba defeated her nearest rival Karshanbhai of Aam Aadmi Party by a margin of more than 53 thousand votes. Rivaba got 88,835 votes, while Karshanbhai got 35265 votes.

Hello MLA you truly deserve it. The people of Jamnagar have won. I would like to thank all the people from the bottom of my heart. I request Ashapura to make the works of Jamnagar very good. Hail mother #marujamnagar pic.twitter.com/2Omuup5CEW

Jadeja, a cricketer by profession, gave up his passion for cricket for a few days and gave all his strength for the victory of his wife Rivaba. He even took part in the road show. He assured the voters that Rivaba would also be able to develop her area in the same way as she created a ruckus with the bat. During this, Jadeja was also seen giving autographs to his fans.

Rivaba won in the first attempt

Rivaba Jadeja’s victory means a lot because he has won in his very first attempt. Rivaba’s inclination towards BJP has been there for a long time. She has also been the president of Saurashtra’s Karni Kshatriya Sena. There was speculation about Rivaba contesting the assembly elections since the beginning of this year. 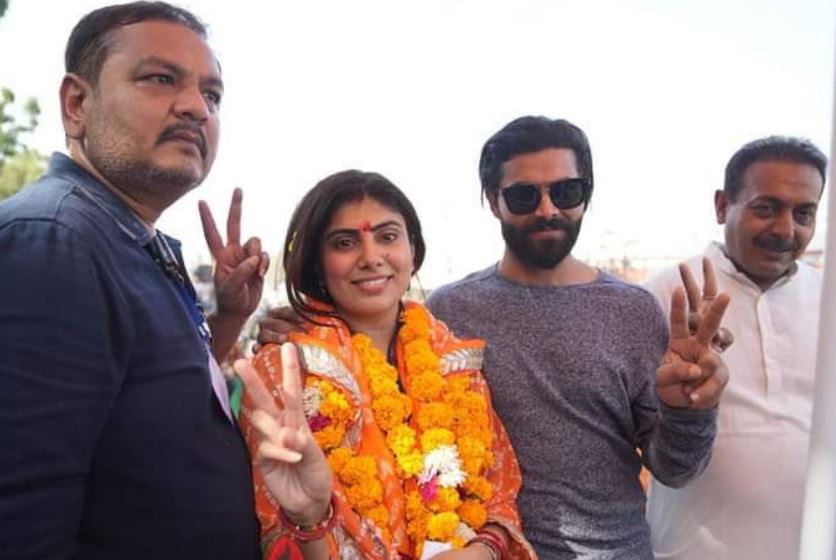 On one occasion when she was asked whether you would contest the upcoming assembly elections? On this, she had said that if the Prime Minister and BJP leaders trust her and entrust her with any responsibility, then she will definitely fulfill it. Now she has fully lived up to the expectations of the party by winning these elections.

Talking about Ravindra Jadeja, he could not participate in T20 World Cup 2022 due to knee injury. Now Jadeja has started doing workouts, but he is finding it difficult to play in the Test series against Bangladesh. Saurabh Kumar can be included in the Indian squad in place of Jadeja. Jadeja was injured during the Asia Cup. Due to this injury, his right knee surgery was also done.