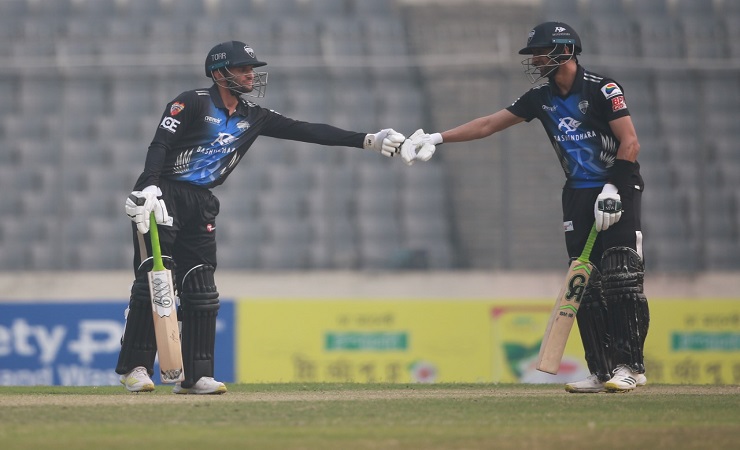 Rangpur Riders defeated Chittagong Challengers by 55 runs in the first match of the day in BPL held in Mirpur. Rangpur Riders scored 179 runs for 6 wickets in 20 overs. Chittagong’s innings ended with 124 runs in reply.

Chasing runs, Chittagong Challengers fell into a batting disaster at the beginning. At the end of the first over, the team lost three wickets for 11 runs. Usman Khan was out for 4 runs, Taufiq Khan was out for zero runs and Khawaja Nafi was out for 6 runs.

Team leader Shubhagat Home made a great partnership with Darwis Rasooli for the fourth wicket and managed to handle the pressure. At this time, both of them scored 66 runs together. Rasuli scored 21 runs off 17 balls. Later, Ziaur Rahman accompanied Home. But when Zia got out for 24 runs from 12 balls, the team leader could not last long. He was also dismissed for 52 runs off 31 balls.

Then wickets started to fall one after another. Vijaykanth was out for 6 runs, Mehedi Hassan Rana was out for zero runs and Taijul Islam was out for 1 run. And Mritunjay Roy remains unbeaten on 9 runs. Meanwhile, Afif Hossain Dhrub did not come down to bat due to retired heart.

Chittagong Challengers team leader Shubhagat Home invited Rangpur Riders to bat after winning the toss at the beginning of the match. Rangpur did not get off to a good start. Opener Sheikh Mehdi Hasan was dismissed for 1 run. Parvez Hossain Emon scored only 6 runs for the second wicket. Naeem Sheikh returned with 34 runs off 29 balls.

The riders were under a lot of pressure after losing three wickets quickly. Shoaib Malik handled the pressure with Azmatullah Omarzai in the fourth wicket pair. The two made a partnership of 105 runs in just 52 balls. Omarzai returned to 42 runs in just 24 balls. Next Newaz scored 9 runs and Shamim scored 7 runs.

Meanwhile, Pakistani cricketer Shoaib of Rangpur played in the end. Remain unbeaten on 75 runs after completing personal half-century. His innings, played only 45 balls, was arranged with five fours and sixes. And Rakibul Hasan remains unbeaten on zero runs.