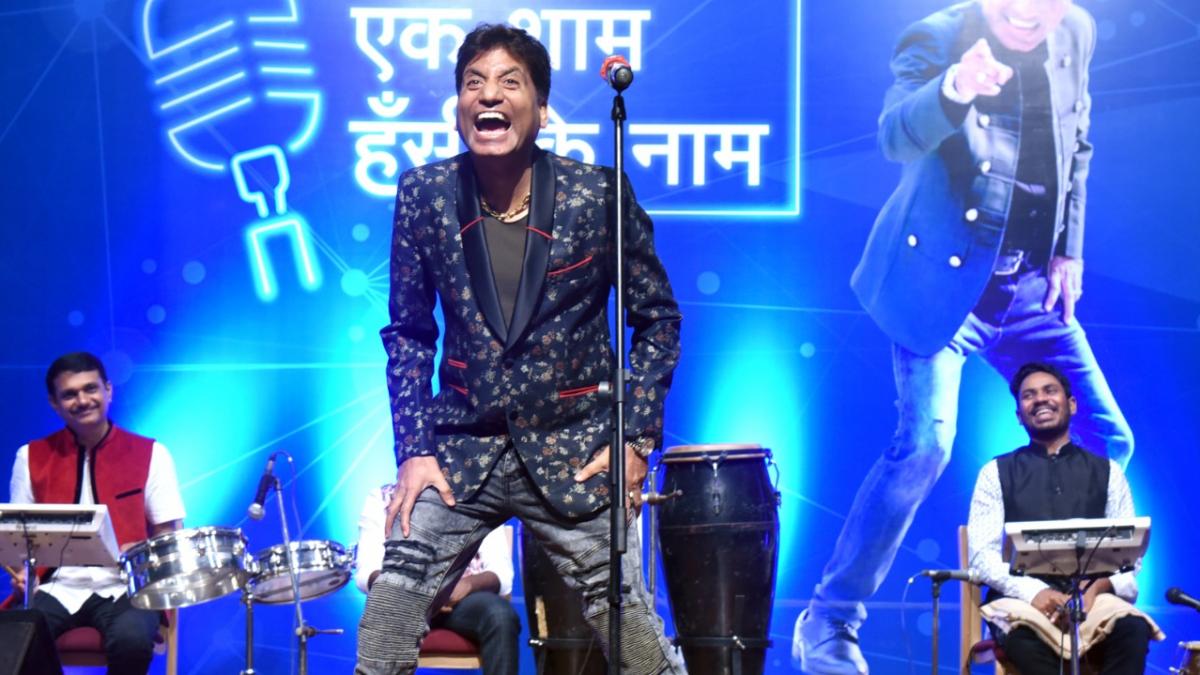 September 21, the day when the eyes of the whole country became moist. Everyone’s favorite Gajodhar Bhaiya breathed his last after fighting a battle with life for 42 days. Raju Srivastava, who made everyone laugh, left crying. The comedian’s funeral will be held in Delhi today (Thursday) at 9.30 am. The death of Raju Srivastava has caused mourning in the entire country including the showbiz industry.

Was hospitalized for 42 days
Raju Srivastava was admitted to AIIMS in Delhi on August 10 after a cardiac arrest. Raju Srivastava, 58, was working out in the hotel gym. Then suddenly Raju, who was running on the treadmill, had a cardiac arrest and he fell down. Due to this he suffered a serious head injury. Raju was taken to AIIMS in Delhi. He was immediately shifted to ventilator. Expert doctors of AIIMS did their best to save Raju. In between, Raju’s health was also seen to be improving. There were reports of movement in his body. The family and fans were hopeful that Raju would be fine. But who knew, Raju would break everyone’s expectations and say goodbye. Raju leaves behind his wife and two children. A mountain of sorrow has broken on the family of Raju Srivastava. This moment is very difficult for Raju and all his fans.

What happened on September 21, how suddenly Raju’s health deteriorated?
Raju Srivastava’s brother-in-law had told how his health had suddenly deteriorated on Wednesday night. According to him, the comedian’s blood pressure suddenly decreased on Wednesday morning. He was given CPR. At first Raju responded. Then he breathed his last. Seeing the visible improvement in Raju’s health, he had to be removed from the ventilator in 2-3 days. The dosage of his medicines was also reduced. But giving everyone a hope, Raju said goodbye.

Celebs-fans paid tribute
Everyone is saddened by Raju Srivastava’s sudden goodbye. Fans and celebs are remembering the comedian with moist eyes on social media. Paying tribute to them. The face that was always seen laughing, be it on TV screen or social media account, it is shocking to say goodbye to Raju, who ruled the hearts of crores of people due to his wonderful sense of humour. No one will be able to fill the lack of Raju in the entertainment industry.

Raju got recognition from comedy show
Raju Srivastava was a well-known name in the showbiz industry. He worked in many films and shows. Raju also participated in reality shows. Raju got his recognition from the comedy show The Great Indian Laughter Challenge. After the success of this show, Raju never looked back. He kept on touching the heights of his career. Raju Srivastava was an actor, comedian as well as a leader. He was associated with BJP. It is inspiring to see Raju achieve so much success without any godfather. One thing about Raju that would be heard from all who knew him was his noble personality. Raju was a good artist also because he was a wonderful person. Raju was at the forefront of helping the needy. Really I have to say, Raju was only one, there was no one like him, there will be no one.