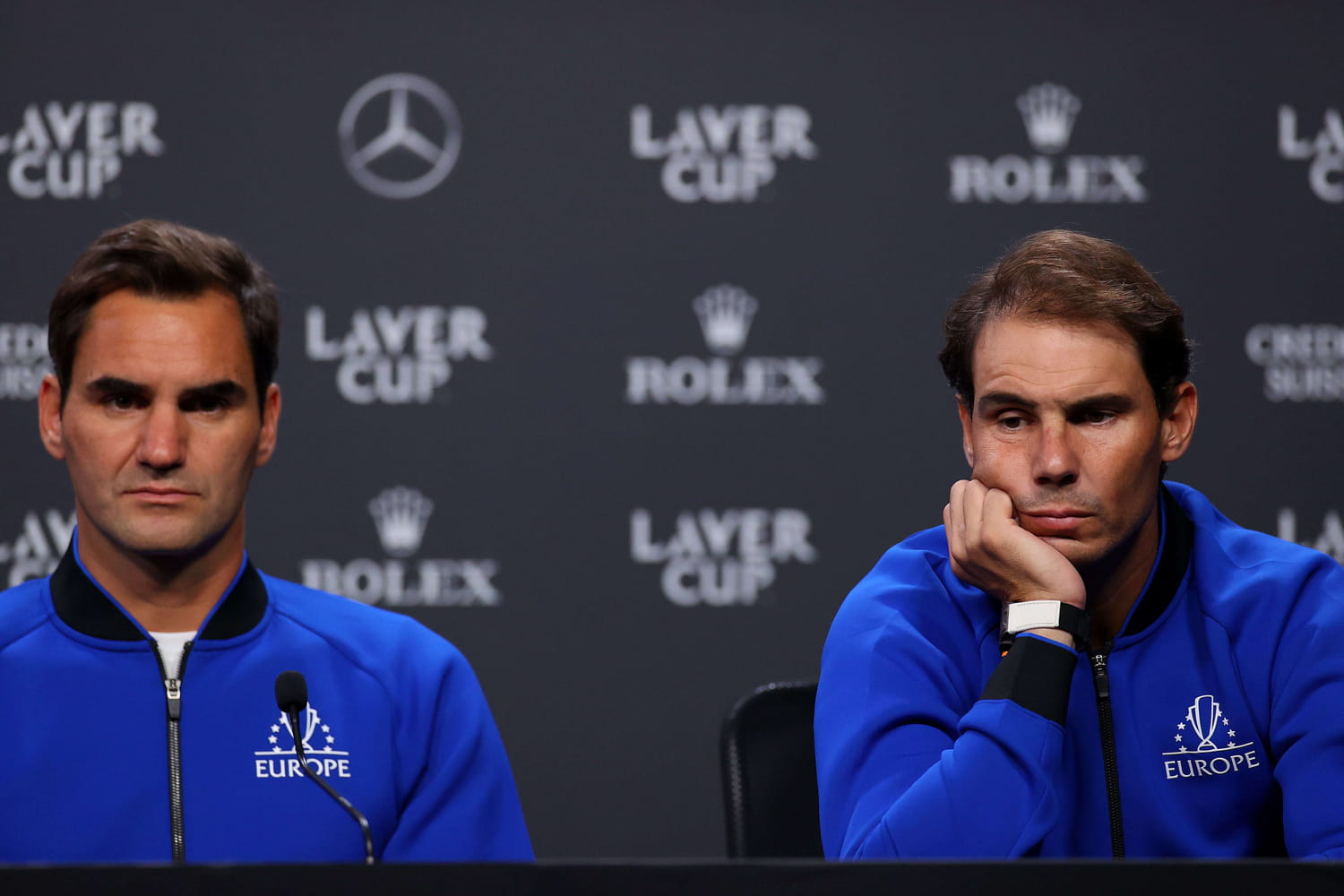 Rafael Nadal: Will he retire soon?

Rafael Nadal will be on the Laver Cup court on Friday September 23 for Roger Federer’s farewell. Associated with the Swiss, the Spaniard expressed his “honor” to play this last game for him. But what about the health and mental state of Rafael Nadal? Often injured lately like the Swiss, the Spaniard is obviously closer to the end of his career than the beginning. Eliminated during the US Open by Tiafoe, the master of Roland Garros confessed his fatigue and his need to cut.

Present Tuesday, September 20 at Alcala University, Rafael Nadal was honored by King Felipe VI, then receiving the Camino Real prize. On this occasion, the Spaniard gave some indications on the rest of his career. “It is true that this year has been complicated, not only because of injuries, which have followed me throughout my career, but also because of personal and family news which in this case is very good news. It is for this reason that, in a year full of joys, and also, why not say it, of difficult times, to receive recognition like today is an even greater joy. I hope that this event doesn’t mean that my career is over. Far from it, or at least that’s not the intention. My intention is to continue carrying the Spanish name around the world as long as I’m still active and in competition.”

Short biography of Rafael Nadal. Rafael Nadal was born on June 3, 1986 in Manacor, a town on the island of Majorca in Spain. Attracted very early by sport, in particular football and basketball, he discovered tennis and held a racket from the age of four where he benefited from the skills of his uncle Toni Nadal to teach him the discipline. Very quickly, Toni Nadal will transform his nephew into a real “monster of tennis”, capable of winning the biggest trophies. He won his first competition at eight years old in the Balearic Islands.

When he was 14, the Spanish tennis federation asked him to leave his hometown of Manacor to join Barcelona to continue his progress with the aim of becoming a professional. But the Nadal family refuses to see little Rafael join Catalonia and the federation reduces the amount of its aid, which will be compensated by Rafael’s father to meet the needs of his son. A true hope of Spanish tennis, the native of Manacor won the “Petits As” tournament in Tarbes in 2000, the unofficial world championship for 13-14 year olds where he notably beat the Frenchman Richard Gasquet. He turned professional in 2001 after replacing Boris Becker during an exhibition in Mallorca against Pat Cash where “Rafa” won against the then 36-year-old American.

After being a semi-finalist Wimbledon Among the Juniors in 2002, nothing stopped Rafael Nadal, who immediately won on the ATP world circuit. Winner of his first Grand Slam tournament at the age of 19, Rafael Nadal enjoys an extraordinary track record. The Mallorcan has won 21 Grand Slam tournaments, including thirteen on the clay courts of Roland-Garros, a record. Olympic medalist in 2008, quadruple winner of the Davis Cup with Spain, Rafael Nadal has won everything during his career. Considered the best clay court player in the history of tennis, “Rafa” managed to dethrone Roger Federer from his place as world number one on August 18, 2008. A place he then occupied for 46 consecutive weeks.

Born right-handed, Rafael Nadal plays tennis with his left hand, his uncle having chosen to develop this aspect of his game to obtain a more powerful two-handed backhand. Known for his fair play and sportsmanship, Rafael Nadal is also renowned for being one of the most combative players on the circuit and an excellent defender who is difficult to overwhelm. His many routines during a match (meticulously placing his water bottles, touching his nose and then his hair at each point, etc.) are another characteristic of the character.

What is Rafael Nadal’s track record?

Since the start of his professional career in 2001, Rafael Nadal has won 92 titles, including 22 Grand Slams (2 Australian Open, 14 Roland-Garros, 2 Wimbledon and 4 US Open). Out of 1270 professional matches played, the Majorcan won 1058.

How much is Rafael Nadal?

Since his time on the professional circuit in 2001, Rafael Nadal has won over $130 million in prize money ($130,681,472m). His personal fortune is estimated at just 200 million dollars, the Majorcan has invested his money in real estate markets or in his foundation to help underprivileged or disabled children by using sport as a means of integration.

The most successful player in the history of Roland-Garros, Rafael Nadal has a special relationship with the Parisian Grand Slam, which he has won fourteen times, including four times without losing a set (2008, 2010, 2017 and 2020). This tournament is special for the Mallorcan, so much so that he has his statue near the Porte d’Auteuil.

A moment unlike any other for our greatest champion #Roland Garros | @Rafael Nadal pic.twitter.com/ioi1UbnfG4

Sincerely moved, “Rafa” had declared: “It’s something special and important for me. It’s the most important tournament of my career. When I come here, I feel like home.”

What is Rafael Nadal’s ranking?

In the top 10 since 2005, Rafael Nadal became on March 3 the only player in history with 6,000 consecutive days spent in the top 10 places in the ATP rankings. A unique performance for the one who managed to dethrone Roger Federer to the rank of world No. 1, a place last occupied by the Spaniard on January 20, 2020.